I tried to do my homework but a...
CultureInside BahrainHH Shaikh Nasser bin Hamad Confers Medals Upon Sportspeople for their Tremendous Achievements 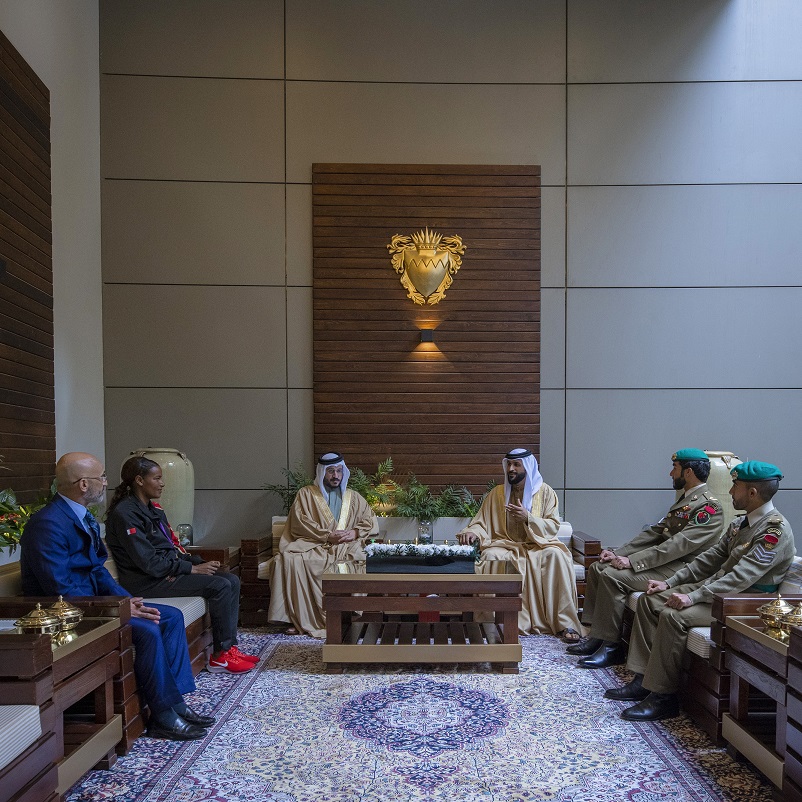 They included Bahraini athlete Maryam Jamal who was handed the gold medal of the 2012 London Olympics after she was promoted from third to first place. On the list were also Second-Lieutenant Abdullah Al Sayed Attia, who broke the world record for the fastest marathon in full military uniform at the 2021 ADNOC Marathon in Abu Dhabi, United Arab Emirates, and registered in the Guinness Book of World Records in the process. The other three were First Sergeant Ibrahim Mohammed Al Tamimi, who broke the GCC record in the Valencia International Marathon, Sena Munferedi and Hisham Noor, both of whom won gold medals at Abu Dhabi World Masters Jiu-Jitsu Championship.

On this occasion, HH Shaikh Nasser underlined that the Royal patronage of the sports movement and the achievements accomplished recently are the fruit of the support and the backing of HM King Hamad bin Isa Al Khalifa, the King of the Kingdom of Bahrain. “The recent successes are a clear indicator of the unlimited Royal support extended to sports and the sportspeople in Bahrain. The medals from HM the King are a high recognition for what they have achieved,” HH Shaikh Nasser said.

“The rewarded sportspeople have been great ambassadors for our sports in prominent events. They have managed to raise our flag high and achieved gold. Our accomplishments wouldn’t have been possible without the efforts of our champions and their determination to be on top of the podium,” HH Shaikh Nasser added.

Moreover, HH Shaikh Nasser urged the Bahraini champions to multiple their efforts in the future to continue making successes.

From their side, the sportspeople escalated their utmost thanks and gratitude to HM the King for the medals, stating that they embody HM’s sponsorship to the Bahraini sports which are occupying advanced position internationally thanks to the support and backing of HM the King.