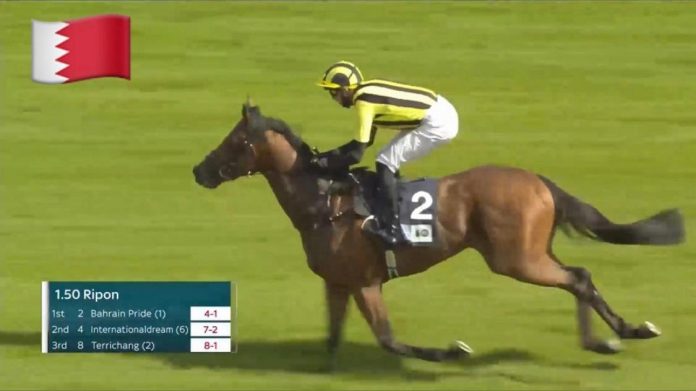 Moreover, HH Shaikh Nasser bin Hamad Al Khalifa explained that KHK Racing has accomplished important achievements thanks to the support exerted to it by HH Shaikh Khalid bin Hamad Al Khalifa, stating that such backing has contributed to achieving notable successes at the international level.

Furthermore, HH Shaikh Nasser underlined that the HH Shaikh Khalid bin Hamad – owned Bahrain Pride’s win represents a source of motivation for the Bahraini owners of horses to continue on the same path.

“Bahrain’s equestrian sport has affirmed its extraordinary position in abroad participations, and HH Shaikh Khalid-owned Bahrain Pride’s victory confirms this status. This victory will boost our motivation to double our efforts for further successes,” HH Shaikh Nasser said, wishing HH Shaikh Khalid the best of luck and every success in
the upcoming races.

Lulu Hypermarket is celebrating its 13th anniversary of being a retail leader in the Kingdom of Bahrain with a grand ‘Shop and Win’ e-raffle...
Inside Arabia

The Kingdom of Saudi Arabia’s leadership and people celebrated, the 90th National Day of Saudi Arabia, on September 23rd,  after the historical announcement of...
© GO ALIVE MEDIA
MORE STORIES