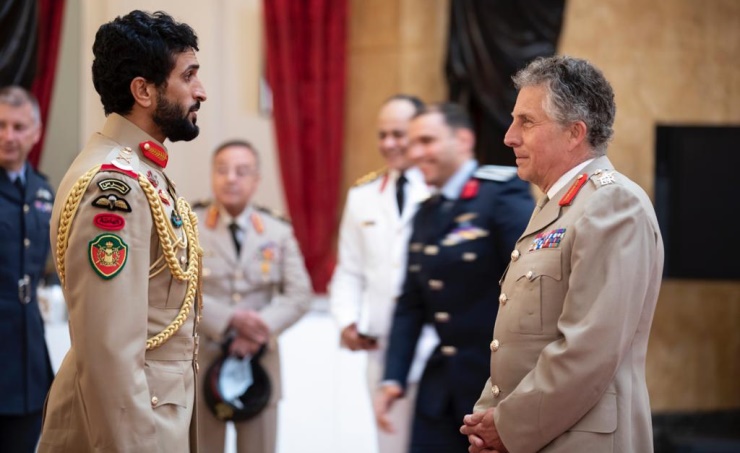 The meeting discussed ways of military coordination and joint defense cooperation for the participating countries, to address the various challenges and threats surrounding the region by unifying the concept of joint action, which contributes to counter-terrorism, piracy and smuggling operations, to maintain the security and stability of the region.

The participants were Bahrain, Saudi Arabia, Iraq, Egypt, Qatar, UAE, Oman, Kuwait, and Jordan, in addition to the GCC General Secretariat and the UK.

HH Shaikh Nasser stressed that these meetings push for further advancement of joint military action and find the best ways to enhance the effectiveness of cooperation and coherence between the participating countries by unifying the common approaches and concepts in the military matter and be updated with important developments in the region.