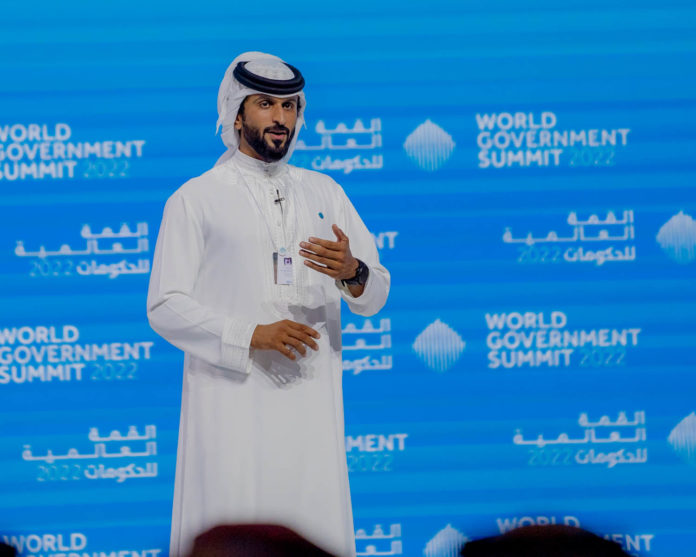 The event is being held under the patronage of UAE Vice President, Prime Minister and Dubai Ruler His Highness Shaikh Mohammed bin Rashid Al Maktoum.

HH Shaikh Nasser took part as a keynote speaker in the main session which was held under the theme: “The story of the future of the Arab world, told by its youth”.

Addressing the session, held stressed the importance of overcoming challenges facing the region to build nations and achieve success.

He paid tribute to His Majesty King Hamad bin Isa Al Khalifa for his unwavering support to youth which represent the cornerstone of development and pillar of future.

He pointed out that youth make up around 60 percent of the population in the region, stressing the need for leadership to prepare the ground for building the future and homelands.

Youth is an essential element in building nations” he said, stressing the crucial importance of promoting youth in order to build a bright future for the nation.