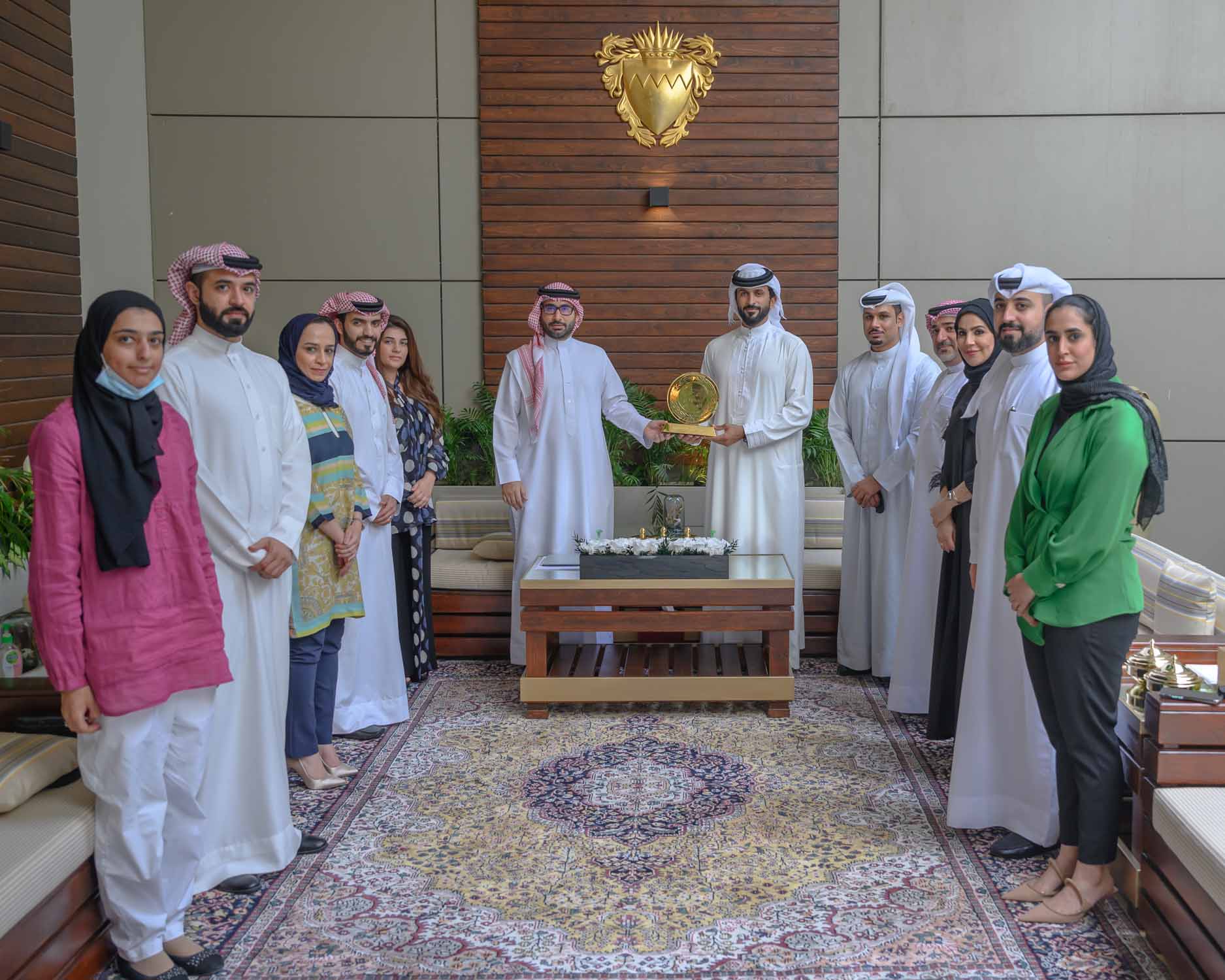 HH Shaikh Nasser bin Hamad Al Khalifa, Representative of HM the King for Humanitarian Works and Youth Affairs has met HE Mr Aymen bin Tawfiq Almoayed, Minister of Youth and Sports Affairs who introduced to His Highness the Ministery’s team that won the Best Government Project for Youth Empowerment Award in the Arab World for its project “The Making of Elite” during the  Arab Government Excellence Award which was organised under the umbrella of the Arab League, in partnership with the Arab Organisation for Administrative Development.

HH Shaikh Nasser affirmed during the meeting that the Kingdom’s experience has become a rich one and a leading example to follow in the region following the resounding accomplishments it has achieved across all fields thanks to the directives and instructions of HM King Hamad bin Isa Al Khalifa, the King of the Kingdom of Bahrain.

HH Shaikh Nasser stated that His Majesty has been always keen to support the programmes and initiatives that involve young people, highlighting also the interest and backing of HRH Prince Salman bin Hamad Al Khalifa, Crown Prince and Prime Minister, and His Royal Highness’ keenness to provide governmental initiatives that contribute to developing the capabilities and abilities of young people.

Moreover, HH Shaikh Nasser that winning the Best Government Project for Youth Empowerment Award is a clear indication of the development of the initiatives and programmes that are being created for young people in order to empower them and support them.

“The Ministry’s focus in a strategy that allows youth to get involved and invest in their energies and develop their abilities as well as capabilities have played a key role in the accomplishments and successes made by the Ministry across all fields,” HH Shaikh Nasser said.

He pointed out that Bahrain’s experience in youth empowerment has been a huge success; an example of which is “The Making of Elite” project which has managed to discover the strengths of the young people. Furthermore, HH Shaikh Nasser expressed gratitude and appreciation for the efforts exerted by HE the Minister of Youth and Sports Affairs, and the team that oversaw the creation of “The Making of Elite” project.

From his side, HE Mr Almoayed underlined that the Award is the fruit of the huge support that the youth empowerment programmes receives from HM the King, stating that winning it is in line with the vision of HRH the Crown Prince and Prime Minister, who has put youth at the centre of the Government’s action plan.

He stated that the Ministry has been keen on implementing the strategy set out by HH Shaikh Nasser bin Hamad Al Khalifa in order to empower young people and develop their skills and capabilities.