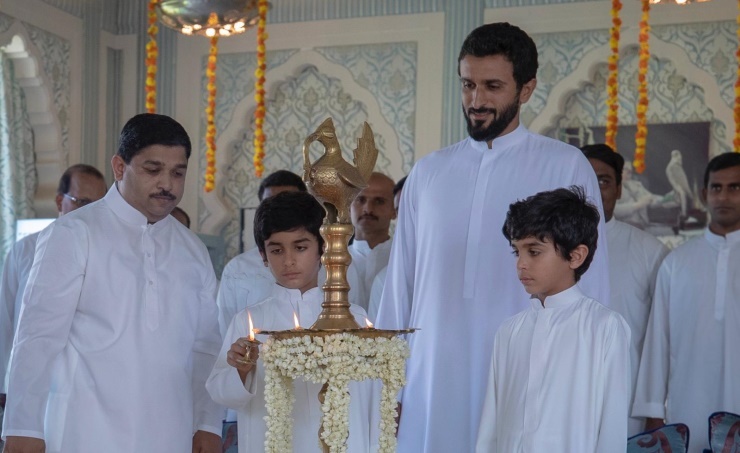 His Majesty the King’s Representative for Humanitarian Work and Youth Affairs, His Highness Shaikh Nasser bin Hamad Al Khalifa, has participated in the Hindu Onam Celebration, in the presence of his staff.

HH Shaikh Nasser’s participation in the Onam Celebration embodies the value of co-existence which is based on mutual respect for the freedom of belief, one of the basic values consolidated during His Majesty King Hamad bin Isa Al Khalifa’s prosperous era, within the principles aimed at reinforcing the kingdom’s status as a meeting point of cultures and civilisations, as well as a land of peace and love.

HH Shaikh Nasser stressed his keenness to embody HM King Hamad’s vision, based on the kingdom’s deep-rooted traditions and customs, as well as conscious adherence to the teachings and precepts of the Islamic Religion.

HH Shaikh Nasser indicated that the Onam Celebration confirms the spread of the language of dialogue and understanding among different cultures and civilisations in Bahrain.

HH Shaikh Nasser explained that Bahrain is considered a role model for religious coexistence in the world thanks to HM the King’s support and pioneering initiatives to promote peaceful coexistence and consolidate tolerance and dialogue among all religions, cultures and civilisations, stressing that he will continue promoting the royal approach in various events.