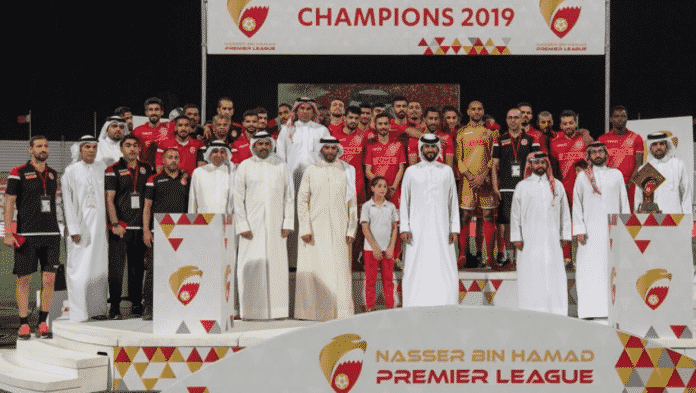 HM the King’s Representative for Charity Work and Youth Affairs and Chairman of the Supreme Council for Youth and Sports Affairs, HH Shaikh Nasser bin Hamad Al Khalifa, has asserted that His Majesty King Hamad bin Isa Al Khalifa’s support for the youth and sports movement, in general, and football, in particular, has contributed significantly to the success of the Bahraini football in reaching advanced levels, noting that HM the King has strengthened the determination of everyone to upgrade Bahraini football.

In a comprehensive interview about football in Bahrain, HH Shaikh Nasser said last year’s season was successful by all standards, noting that HM King Hamad’s gracing of the King’s football Cup final was an honouring to the football community and a gesture that made the event a distinguished festival.

HH Shaikh Nasser added that the first edition of the “Nasser bin Hamad Premier League” had witnessed fierce competition among clubs, which reflected positively on their performance.

HH Shaikh Nasser commended the efforts exerted by the Bahrain Football Association (BFA), led by its President, Shaikh Ali bin Khalifa Al Khalifa, to ensure the success of football competitions, paying similar tribute to the sponsors for their keenness to be essential partners in developing the game in Bahrain.

HH Shaikh Nasser affirmed that he will continue patronising the Football Premier League in Bahrain to develop football in Bahrain and enhance the clubs’ competitive potentials at all levels.

Regarding the national football team, HH Shaikh Nasser expressed confidence in its ability to perform well during the qualifiers of the World Cup 2022 and 2023 AFC Asian Cup.

Medpoint Design and Events Management is hosting the first of its kind Global Women’s Virtual Fashion Forum & Show which will highlight topics that...
Tech