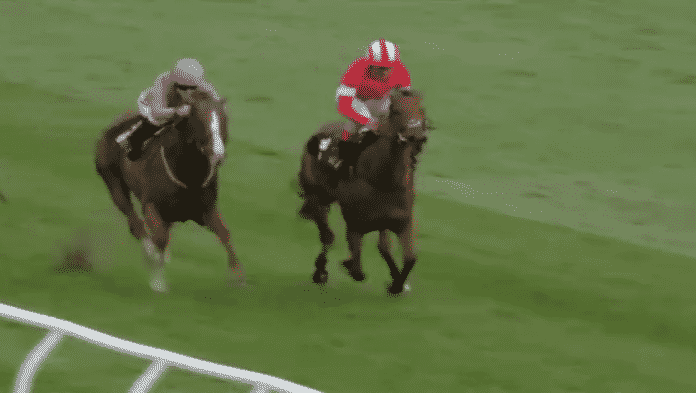 Mare Al Raya stormed to victory in the Lingfield race, adding to the long list of victories attained by mares owned by HH Shaikh Nasser bin Hamad Al Khalifa, Representative of His Majesty the King for Charity Works and Youth Affairs and President of the Supreme Council for Youth and Sports.

Making its fourth attempt in this renowned race, Al Raya defeated a broad list of top horses to earn a well-deserved victory in the race to secure promotion from the amateur class to other categories. Engineering this resounding win was trainer Simon Crisford along with skilled Italian jockey Anrdrea Atzeni.

It’s worth noting that the HH Shaikh Nasser-owned mares have been in winning form recently with mare Daahyeh topping the podium in the prestigious Royal Ascot race.

She bagged the title of the 1200m competition which was for Group 3 (2yr age mares only) following a stunning performance. Steered by jockey David Egan and trained by Roger Varian, Daahyeh defeated 25 participants, becoming the first to cross the finish line.

The Saudi Arabian Federation for Electronic and Intellectual Sports (SAFEIS) is set to organize "Gamers without Borders" tournament which brings together an elite of...
Read more
Sports This Week

stc Bahrain, a world class digital enabler, will be hosting a series of virtual panel discussions, bringing together industry leaders and government entities on...
Read more
Sports This Week

The Open Government Partnership, an international multilateral initiative based in Washington, DC, has listed 13 Bahraini initiatives as examples to address the Coronavirus pandemic...
Entrepreneurial Journey

Lulu Hypermarket donated BD 500 worth of dog and cat food to the BSPCA and BARC (formerly the Dogfather), two animal rescue and charity...
Wheels and Gears

In an unprecedented move, the General Directorate of Traffic has introduced a drone for a multi-language awareness campaign for road users to promote traffic...
Management Principles

Zain Group, a leading mobile telecom innovator in eight markets across the Middle East and Africa, has teamed up with the Mentor Arabia Foundation,...
Inside Bahrain

Eid Al Fitr will be on Sunday, the moon-sighting committee has announced. In a statement, the committee, made up of four well-known religious scholars, said...
© GO ALIVE MEDIA
MORE STORIES