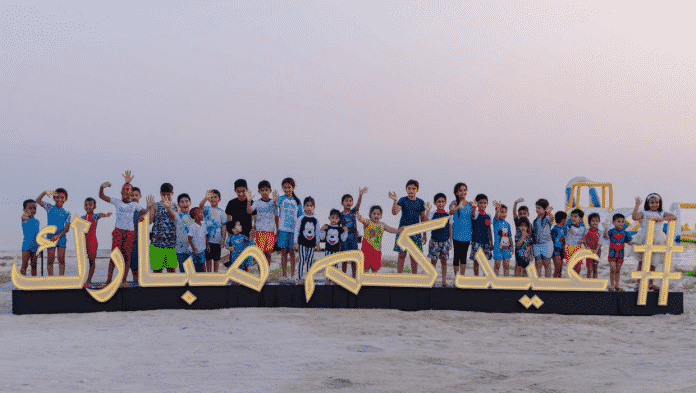 Following directives from HM the King’s Representative for Charity Work and Youth Affairs and Chairman of the Supreme Council for Youth and Sport, HH Shaikh Nasser bin Hamad Al Khalifa, a special celebration was held in honor of the families and children of fallen servicemen from the affiliates of the Bahrain Defense Force and the Interior Ministry, marking Eid Al-Fitr.

Families and children of the late servicemen were keen to attend the festivity which was held to pay tribute to those who sacrificed their lives while carrying out their patriotic duties.

In a statement marking the occasion, HH Shaikh Nasser extended congratulations to the children of fallen servicemen on Eid Al-Fitr, praying to Allah the Almighty to bless Bahrain, as well as the Arab and Islamic nations, with ever-lasting security, stability and prosperity.

HH Shaikh Nasser stressed that the fallen servicemen are a source of pride for everyone as they made sacrifices for the sake of the kingdom’s security and stability.

HH Shaikh Nasser affirmed constant keenness to commemorate the achievements of the late servicemen and to meet their children and relatives on various occasions to return the favour to them and strengthen cohesion among the Bahraini people, in line with the values spearheaded by His Majesty King Hamad bin Isa Al Khalifa.

HH Shaikh Nasser paid homage to the fallen servicemen, and prayed to Allah the Almighty to rest their souls in eternal peace.

He also greeted their families and friends, stressing pride in their patriotic sacrifices.