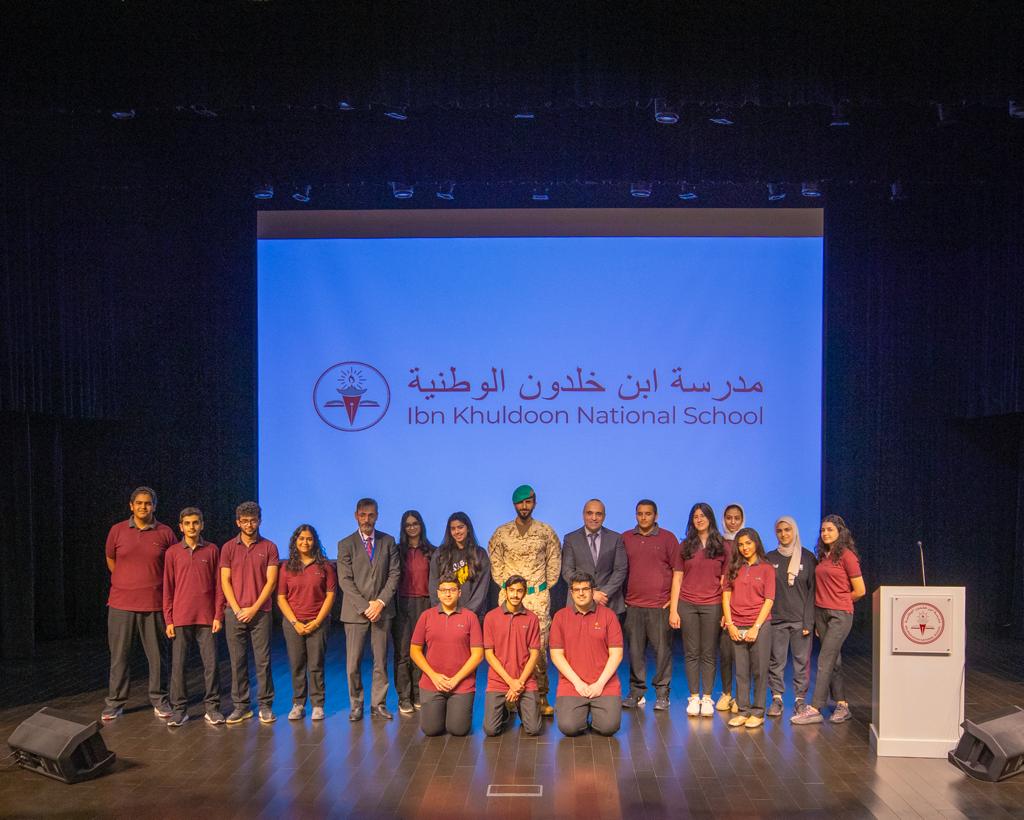 He praised the efforts of “Nasser Al Bina’a” Team at Ibn Khuldoon National School, to restore many houses, supported by the Royal Humanitarian Foundation (RHF).

Amer Marouf recited a poem paying tribute to His Majesty the King,HRH the Crown Prince and Prime Minister, and to HH Shaikh Nasser,who represents a role model for students.

Dr. Abdel-Nour highlighted the school’s role in supporting students’ initiatives. He gave an overview about “Ibn Khuldoon,History and Mission”,a documentary made by a group of students enrolled at “Tawasul Club” under the supervision of their teacher Amer Maarouf.

The documentary film sheds light on the school’s achievements t since its establishment, in addition to interviews with founders, administrative staff, teachers and a group of graduates.

HH Shaikh Nasser  listened to students who shared their ideas and asked their questions about humanitarian charitable work and how to develop it in Bahrain and abroad, wishing them success.