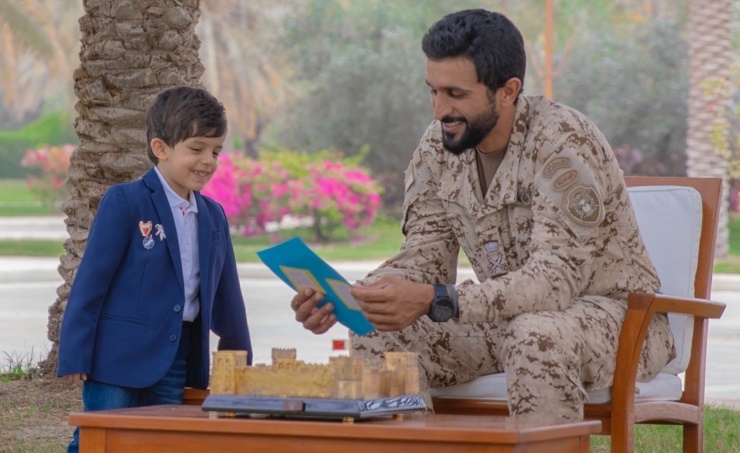 HM the King’s Representative for Humanitarian Work and Youth Affairs, His Highness Shaikh Nasser bin Hamad Al Khalifa, received child Adam Ali, who is known for his passion for space and following of planets and stars.

HH Shaikh Nasser was briefed by Adam and his family about how his interest in space science, planets and stars began, in addition to the way he obtains information that develops his talent, and how he uses modern devices to follow the stars and planets, as well as his dream to become an astronaut.

HH Shaikh Nasser said: “Bahrain youth and children and youth have fascinated the world with their unique ambitions and dreams, which highlights their true mettle and love for science, knowledge and dedication in elevating their homeland in various fields. This is true about Adam who is a genius despite his young age. Although he is four years old, he possesses very important information and facts that confirm his passion and love for space sciences, which are considered among the most important sciences nowadays.”

“I listened to Adam talking about space, and all that information and facts he mentioned are valuable to me. I was also informed about his dream and his aspirations to be an astronaut in the future, visit the planets and discover them. Adam has great ambitions and dreams and I am absolutely certain that he will realise his dream because of his great determination, strong resolve and perseverance that I discovered from my conversation with him. He is really a small child, but he is old with his ambitions and dreams,” HH Shaikh Nasser added.

“I will stand by you until you realise your dream. I will keep the drawing you offered me, and will show it to you when you call me from space,” HH Shaikh Nasser told child Adam.

Adam’s family expressed thanks and appreciation to HH Shaikh Nasser for his keenness to encourage their son and support him in order to fulfill his dream of becoming an astronaut, affirming that they will continue encouraging him in order to realise his dream.