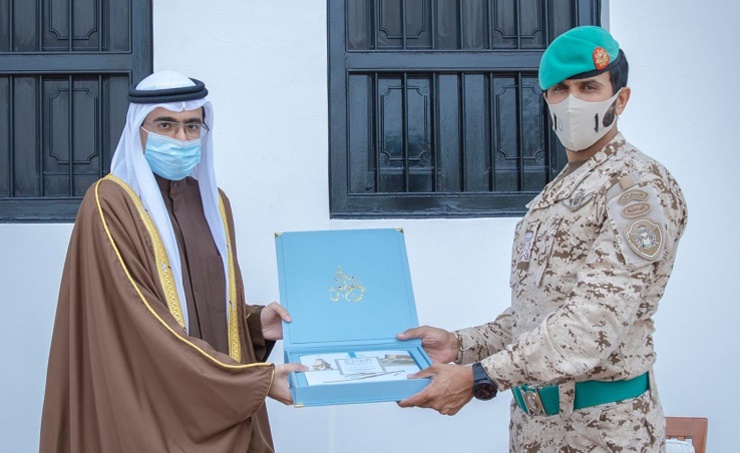 HH Shaikh Nasser was presented a copy of a book on “Riffa’s Glory: Past and Present”, which documents Riffa’s civilisational gains and landmark achievements throughout history.

HH Shaikh Nasser stressed the importance of preserving the kingdom’s rich heritage and development march, spearheaded by His Majesty King Hamad bin Isa Al Khalifa and supported by the efforts of His Royal Highness Prince Salman bin Hamad Al Khalifa, the Crown Prince and Prime Minister, to strengthen the kingdom’s status as land for civilisations throughout history.

HH Shaikh Nasser commended the efforts exerted by those who had compiled the valuable book which sheds light on the city’s deep-rooted history and development role, praising the key role played by the Governor in launching initiatives aimed at highlighting Riffa’s values and long history.

HH Shaikh Khalifa bin Ali bin Khalifa Al Khalifa expressed thanks and appreciation to HH Shaikh Nasser for the efforts he is exerting to achieve the visions and aspirations of HM the King and HRH Crown Prince and Prime Minister.