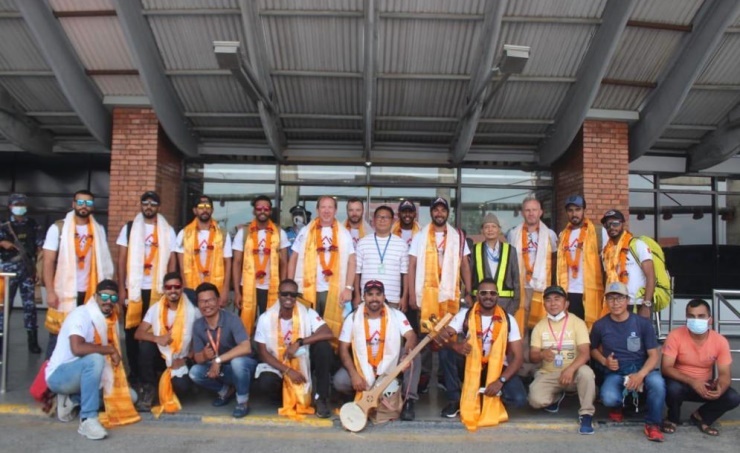 HH Shaikh Nasser affirmed that everyone is proud of the Royal Guard team’s historic achievement that adds to Bahrain’s rich record of accomplishments across all fields.

“We are proud of what the Royal Guard team has achieved. Bahrainis have always set the most wonderful examples of sacrifice for the sake of our cherished kingdom. The team’s ascent to the summit of Mount Everest and His Majesty the King’s call with them are a dream which we have been aiming to achieve for a long time, and thankfully, we recorded a great achievement bearing the name of Bahrain,” he said.

“We are pleased that the name of the Kingdom of Bahrain will be present in the celebrations of the first ascent to the summit of Mount Everest, which takes place on May 29 each year, and we salute our heroes,” HH Shaikh Nasser added.

HH Shaikh Nasser valued highly the tremendous efforts exerted by the Royal Guard team over the past period, wishing them further success.

Members of the Royal Guard team expressed their thanks and appreciation to HH Shaikh Nasser for his unwavering support to them over the past period, which contributed to the success of their mission.

They pledged to HH Shaikh Nasser that they would continue raising the national banners on all occasions, and missions to be assigned to them in the coming period.