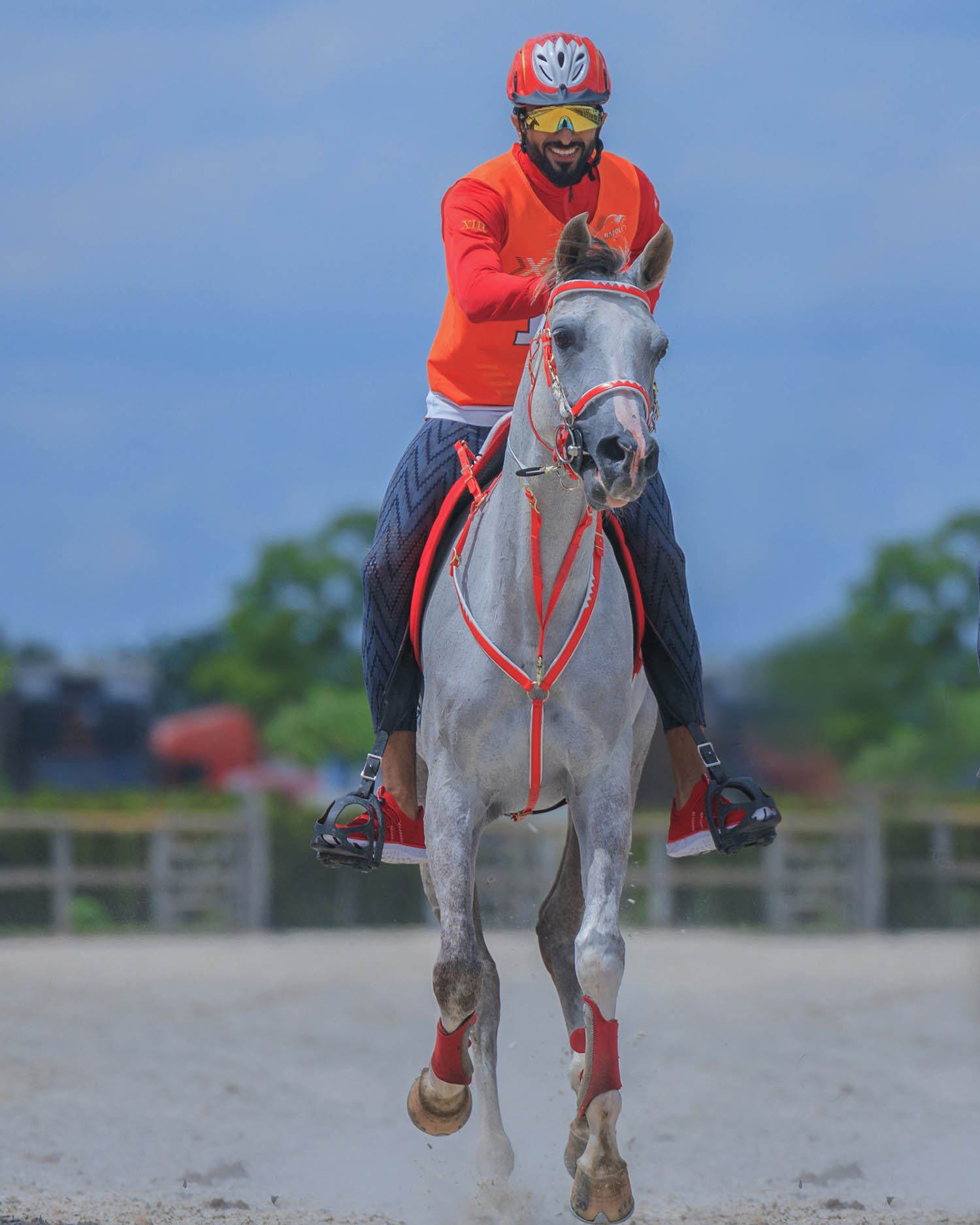 This is second victory in twenty-four hours for HH Shaikh Nasser bin Hamad Al-Khalifa, who triumphed yesterday in the World Endurance Championship in Šamorín, Slovakia, winning the 160-kilometre race.

He stressed the importance of these achievements which give the team an incentive to continue to provide the best levels during the next stage, especially as the Royal Team gears up for the World Championship, in which it will strive to achieve the best results.

“We have achieved our goals in this championship through the 120 and 160 km races, where we reaped the fruits of the plan set by the team”, he said, stressing readiness for the upcoming World Cup.

Royal Team jockey Nasser Al Qahtani withdrew from the race after his horse suffered an injury at the end of the first phase.

The winners of the race were crowned at the end of the contest during a ceremony held by the organizing committee.