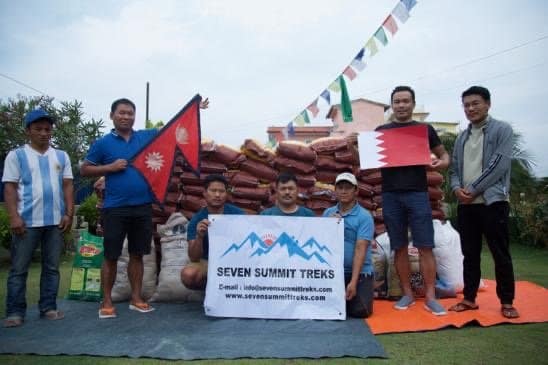 HH Shaikh Nasser bin Hamad Al Khalifa, His Majesty the King’s Representative for Charity Works and Youth Affairs, National Security Advisor and Royal Guard Commander has instructed for forming a team of  Royal Guard members to have them trained to climb Mount Everest in Nepal as well as provide food supplies to the Sherpas who find themselves isolated up on the Himalaya mountain range with little access to basic food supplies due to the coronavirus “COVID-19” outbreak. The rice and other food supplies that will be donated by the team will ensure that the sherpas and their families make it through this very difficult period.

“We are keen to give the team members the best possible physical and mental training in various countries worldwide as well as provide food donations in such a critical circumstance the Sherpas are facing on the Himalaya mountain. This task will be accomplished in coordination with Nepal and Seven Summits Treks, one of the leading companies in this region,” HH Shaikh Nasser said.

“The team members will undergo a rigorous assessment of not just their physical fitness, but also their mental robustness.  This assessment has been designed to ensure that each team member is capable withstanding the extreme conditions that they will be exposed to in the Himalayas,” HH Shaikh Nasser added.

Mount Everest stands at 8,848 metres (29,029 feet) above sea level, and is regarded by most climbers as the ultimate climbing experience.  In order to prepare themselves for the Mount Everest expedition, the Royal Guard team will look to complete two additional climbs over the next 8 months.  The first will be to a mountain called Lobuche East, which stands at 6119 metres above sea level.

This initial climb will give the team the climbing skills required to progress on to the higher peaks in Nepal. The team will then ascend Mount Manaslu which stands at 8,156 metres above sea level. 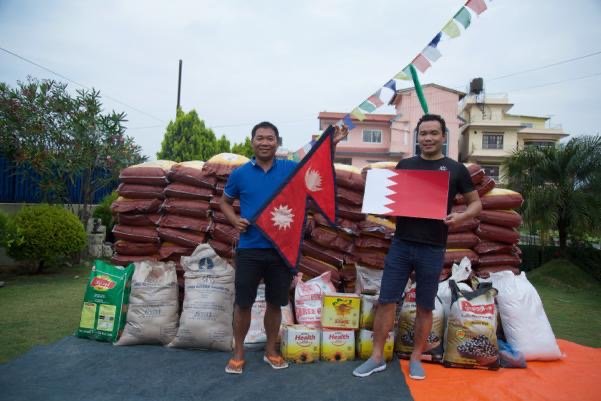 This will see the team further develop their skills by climbing above 8,000 metres, commonly known as the ‘death zone’ which requires the use of a supplemental oxygen system. Once the team has successfully completed the first two mountains, they will then make their bid to climb Mount Everest in April / May 2021.

Unfortunately, the plan for climbing the first mountain, Lobuche East has been impacted by the coronavirus COVID-19 pandemic.  The team has been in daily communications with Seven Summits Treks, the company that will lead the team on all of the expeditions, so that that they are kept up to date with the situation in Nepal.

Although Nepal has had very few infections from the virus, they have rightly had to enforce a very stringent ‘lockdown’ procedure which has seen all commercial flights into the country halted for an unspecified period of time.  Given that Nepal’s economy is somewhat reliant on its tourist/climbing income, the halting of flights due to the pandemic has meant that the country and the population have had to endure a very tough time. The owners of Seven Summits Treks have been humbled by the generosity and will be making their own donation of food to the Sherpas.

“It is an immense pleasure to learn that, under the guidance of HH Shaikh Nasser bin Hamad Al Khalifa The Royal Guard team is donating edibles to the Sherpas through Seven Summit Treks. I believe this humane gesture of friendship and kindness bestowed upon the needy ones during such difficult and unprecedented time will be long cherished by the recipients,” the Nepali Ambassador to the Kingdom of Bahrain Padam Sundas.