Under the patronage of His Majesty King...
CultureInside BahrainHH Sheikh Khalid bin Hamad attends the Finale of the 2021 Bahrain Rugby Games 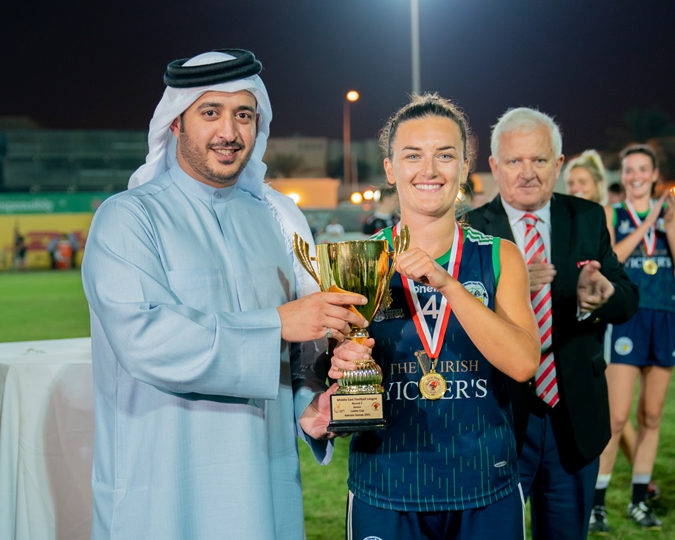 His Highness said: “We are keen to support all sports in the Kingdom of Bahrain, in order to continue efforts to develop and upgrade the level of these sports and their members, in a way that drives them to provide the best, to contribute to the real participation of the advancement of the sports system, which contributes to achieving more achievements in the sports sector in the Kingdom,” adding that rugby is one of the old sports hosted by Bahrain and provided it with the ideal atmosphere to establish a base and teams capable of participating and achieving distinctive results and successes in the sport.

His Highness praised that rugby is one of the old sports that Bahrain has embraced and provided it with the ideal atmosphere to establish a base. Teams capable of participating and achieving distinctive results and successes in the sport reflected their great preparations for the competition of this tournament.

His Highness congratulated the winners and wished more luck to the rest of the teams in the upcoming participations.