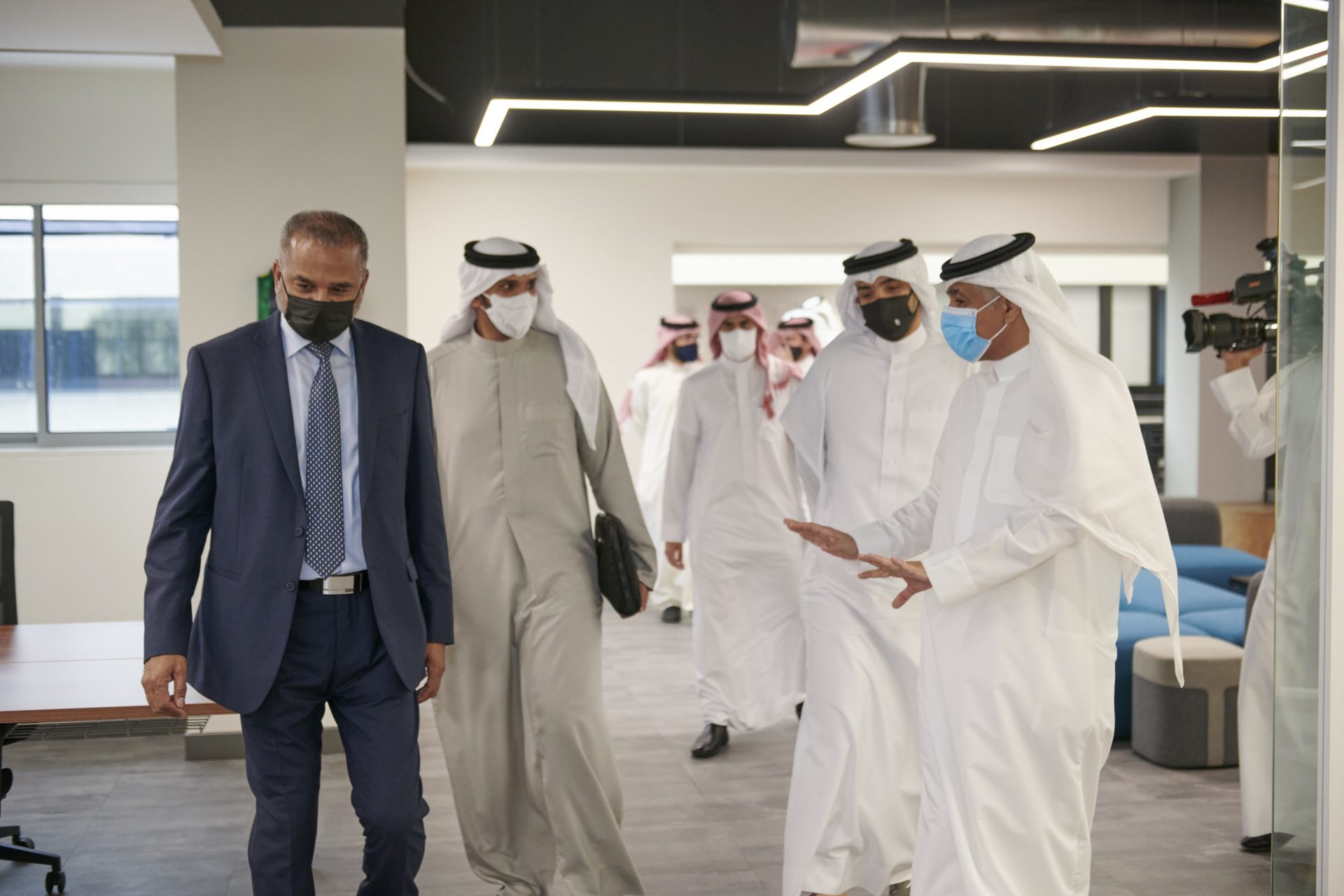 BNET Chairman Shaikh Ali bin Khalifa bin Ahmed Al Khalifa welcomed HE Engineer Kamal bin Ahmed Mohammed, Minister of Transportation and Telecommunications at BNET headquarters in Hamala last Thursday, who was on a visit to discuss work progress in accordance with the Kingdom’s national telecommunication plan. The visit was attended by Batelco Chairman Shaikh Abdullah bin Khalifa Al Khalifa and members of BNET board of directors and its executive team.

During the visit, His Excellency the minister and guests took a tour of the company’s new facilities, recently equipped with the latest technologies. His Excellency was briefed on the facilities and departments of the company, most notable are the recently announced Cybersecurity Operations Centre (CSOC), launched to secure digital infrastructure and ensure the provision of safe and reliable services, as well as both the Service Management Centre (SMC) which provides round-the-clock support to BNET customers and licensed service providers in the Kingdom, and the Networks Intelligence Centre of Excellence (NICE), ensuring the delivery of secure, reliable and stable network services. The three centres were launched in January as part of continued efforts to optimize digital operations and ensure the resilience of Bahrain’s telecommunication sector.

Headed by Chief Executive Officer Mohamed Bubashait, the BNET team presented the company’s achievements since its establishment in 2019, which were implemented following a carefully developed medium to long-term strategy and guided by the company’s vision and goals. The presentation also included BNET`s progress and plans in implementing its key role in deploying fibre infrastructure as required by the roll out targets set out in the Fifth National Telecommunications Plan. BNET continues to work on achieving this goal and its strategic objectives in order to support economic growth and diversity in the telecommunications sector, encourage sustainable and effective competition and ensure the provision of quality services to all licensed operators in the Kingdom.

HE the Minister of Transportation and Telecommunications said “A fibre optic network is the backbone of any knowledge-based economy and society and supports the government’s vision guided by His Majesty King Hamad bin Isa Al Khalifa’s directives which emphasizes on the transformation into a robust and resilient digital economy. The availability of an advanced and modern telecommunication infrastructure will enable the Kingdom of Bahrain to adequately interact with various future developments in this sector and support growth and digital transformation across all sectors of Kingdom’s economy.”

HE praised BNET’s efforts, and its contribution to preparing the Kingdom for a digital future with a robust digital communications infrastructure, and is looking forward to BNET continuing efforts toward ensuring fiber connectivity to meet the increasing demand for broadband internet.

BNET Chairman Shaikh Ali bin Khalifa Al Khalifa thanked HE the Minister for his continuous support to the telecommunications sector in the Kingdom. He added “we are honoured to receive HE Engineer Kamal bin Ahmed Mohammed at BNET’s new headquarters. BNET’s launch was a key part of the national telecommunication plan and contributes to enhancing the Kingdom’s position as a strategic investment destination and a regional hub for information technology.”

BNET CEO Mohamed Bubashait confirmed that “His Excellency’s visit is a clear demonstration of his keen support and his determination to achieve the Kingdom’s futuristic vision for the telecommunications sector, and it’s a reflection of the positive cooperation between the Ministry of Transportation and Telecommunications and BNET.” He further highlighted that His Excellency’s direction and support were key to the success of the operational and legal separation process, and added, “we are honoured to receive His Excellency and present BNET’s progress, and we will continue our efforts to ensure full readiness to support the requirements of the digital economy.”