His Excellency Shaikh Khalid bin Abdullah Al Khalifa, Deputy Prime Minister reiterated how the private sector’s investment in healthcare reflects investors’ confidence in the Kingdom’s legislative environment and decisions governing licensing procedures and operations of health institutions, as well as support the Kingdom’s efforts to transform Bahrain into a leading medical destination for patients across the region.

His Excellency stressed the remarkable achievements during the past few years in the era of His Majesty the King, in regards to effective partnership between the public and private sector across various industries, calling for further collaboration, especially in the health sector, to encourage investment in the drive to achieve the Kingdom’s vision, under the chairmanship of His Royal Highness the Prime Minister and support of His Royal Highness the Crown Prince and Deputy Supreme Commander and First Deputy Prime Minister; with one of its main objectives to push the private sector to play a bigger role in driving progress and creating employment and investment opportunities. 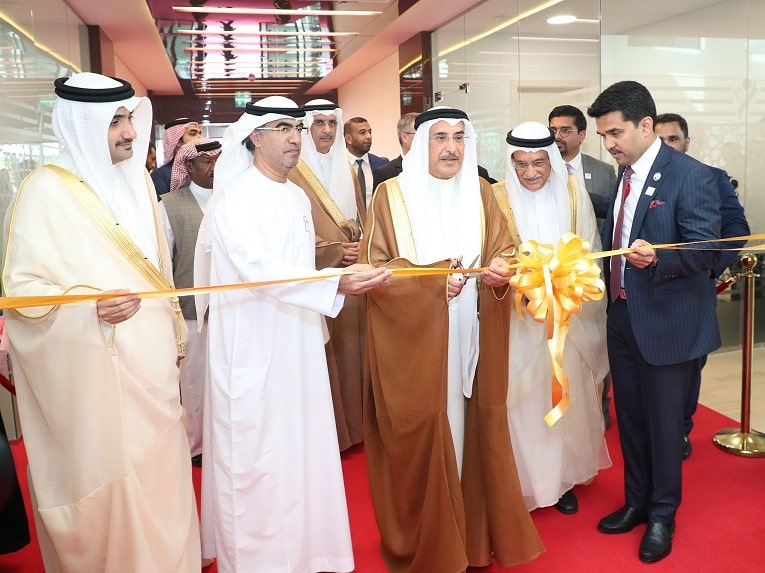 H.E Shaikh Khalid bin Abdullah Al Khalifa, along with H.E. the Chairman of the Supreme Health Council Lt-General Dr. Shaikh Mohammed bin Abdullah Al Khalifa, inaugurated the official opening of the Royal Hospital for Women and Children in Riffa on Thursday 21st March 2019. The ceremony was attended by Her Excellency Faeqa bint Saeed Al Saleh, the Minster of Health, as well as a number of senior officials and guests from Bahrain and abroad.

On this occasion, H.E. Shaikh Khalid extended his congratulations to the Chairman, members and staff of the Royal Hospital for Women and Children on the official opening of the hospital, wishing them every success in satisfying the growing demand for maternal and child healthcare in the Kingdom, alongside other public and private hospitals that provide this specialty.

“It is an honor for the Kingdom of Bahrain to be home to a range of specialized hospitals that offer distinguished services and compete to attract qualified professionals and experts in the field of healthcare. The total number of registered health institutions in the Kingdom have increased by 7% in 2018 reaching 716 establishments in comparison to 617 in 2017 – this includes 21 hospitals, 95 public centers, 41 specialized centers and 132 clinics,” commented H.E Shaikh Khalid.

During a tour of the hospital, H.E. Shaikh Khalid bin Abdullah praised the Royal Hospital for Women and Children on its comprehensive patient care services, state-of-the-art operating rooms and advanced facilities including the ICU, labour and delivery rooms, day care treatment rooms and minor operating rooms.

During the ceremony, H.E. Hamad Al Shamsi, Chairman of the Royal Hospital for Women & Children extended his thanks and appreciation to the leadership and people of Bahrain for their support. He also extended his thanks to His Excellency Shaikh Khalid bin Abdullah Al Khalifa for his patronage of the official opening ceremony.

“It gives me pleasure to express my gratitude to our partners who have helped turn this vision into a reality and I affirm all parties’ commitment towards achieving Bahrain’s Economic Vision, and playing a major role in enhancing the healthcare sector not only in Bahrain, but across the region,” commented H.E Hamad Al Shamsi.

He also highlighted that the hospital offers the latest machinery and medical equipment, and the first and only Level-III Neonatal Intensive Care Unit among private hospitals in the Kingdom. In addition, the hospital houses a professional team of doctors and nurses specialized in providing healthcare to women and children. Commencing with outpatient care at its opening phase, the hospital will offer a wide range of services in the coming weeks, including assisted reproductive treatments and reconstructive female surgery before and after birth.