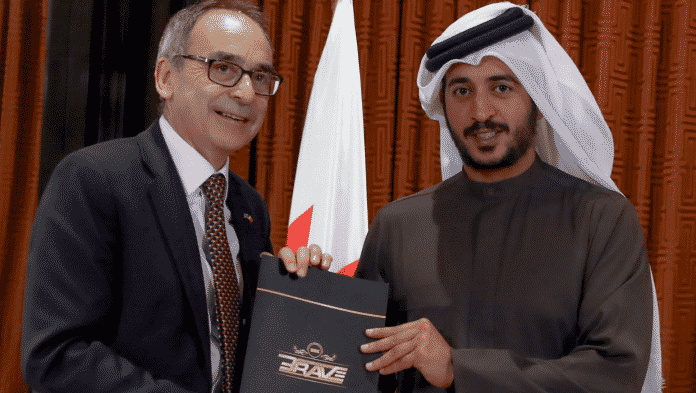 His Highness Shaikh Khaled meets with British Ambassador ahead of BRAVE 24: London

July 7, 2019
Facebook
Twitter
Google+
Pinterest
WhatsApp
Founder and visionary of BRAVE Combat Federation, His Highness Shaikh Khaled bin Hamad Al Khalifa met with His Eminence Simon Martin, British Ambassador to Bahrain, as they discussed the relationship between Bahrain and Great Britain. They confirmed that the link between both countries has had a positive impact in various fields, including sports.
As BRAVE Combat Federation gears up to make its London debut, set for July 25th at the Queen Elizabeth Olympic Park, inside the Copper Box Arena, HH Shaikh Khaled hailed the relationships between the countries and BRAVE’s role in cementing that positive rapport they share. 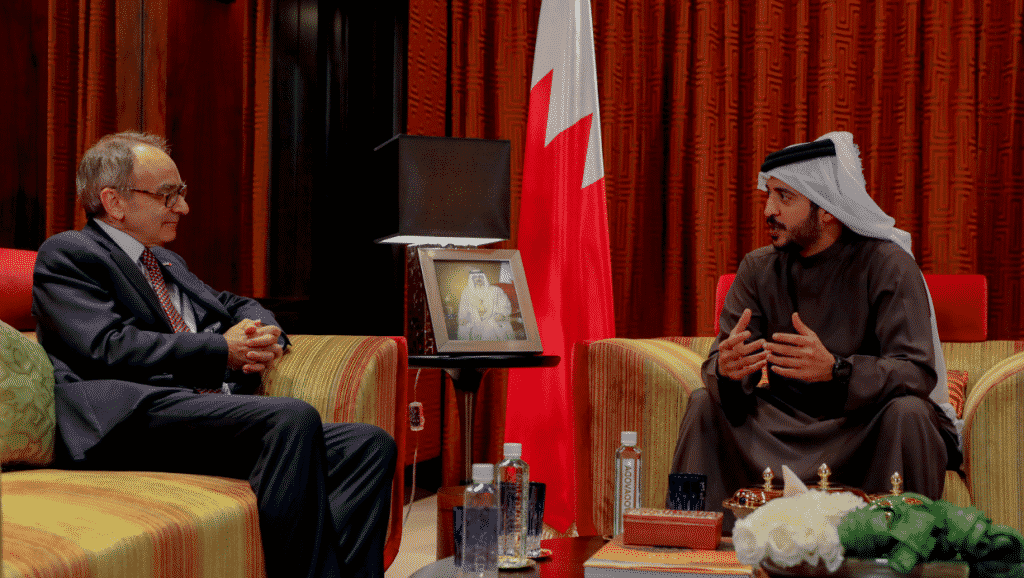 “We directed to the organizing of BRAVE Combat Federation, in London on July 25th, 2019 as a step to cement the relationship among both countries”, Shaikh Khaled said, explaining that such a step will give the groundbreaking event the opportunity to earn extra success.
From his side, the British Ambassador praised the efforts being exerted by HH Shaikh Khaled to support the relations, welcoming the initiative to host BRAVE 24 in London. He stated that BRAVE’s popularity is on the rise and has a growing number of followers worldwide.
BRAVE 24 will be an invite-only event, set to connect the highest level of influencers, businessmen and politicians to the fastest-growing sport in the world, in the fastest-growing arena for mixed martial arts. The historic show will be headlined by a Featherweight world title fight between reigning champion Bubba Jenkins, from the USA, and challenger, and former Lightweight titleholder, Brazilian Lucas Martins.
Facebook
Twitter
Google+
Pinterest
WhatsApp
Previous articleGulf Air Appoints First Bahraini Female Country Manager
Next articleNew BQA Blog Is Out!

As part of its ongoing co-operation and strong bilateral relations, a delegation from the Ministry of Education visited Ebrahim K. Kanoo Managing Director, Mr....
iGA