Founded in 1966 by Mr. Abdulrahman Almahmeed,...
Sports This WeekHistoric Full BRAVE CF 50 Card Revealed With 15 fights And Three Titles On The Line 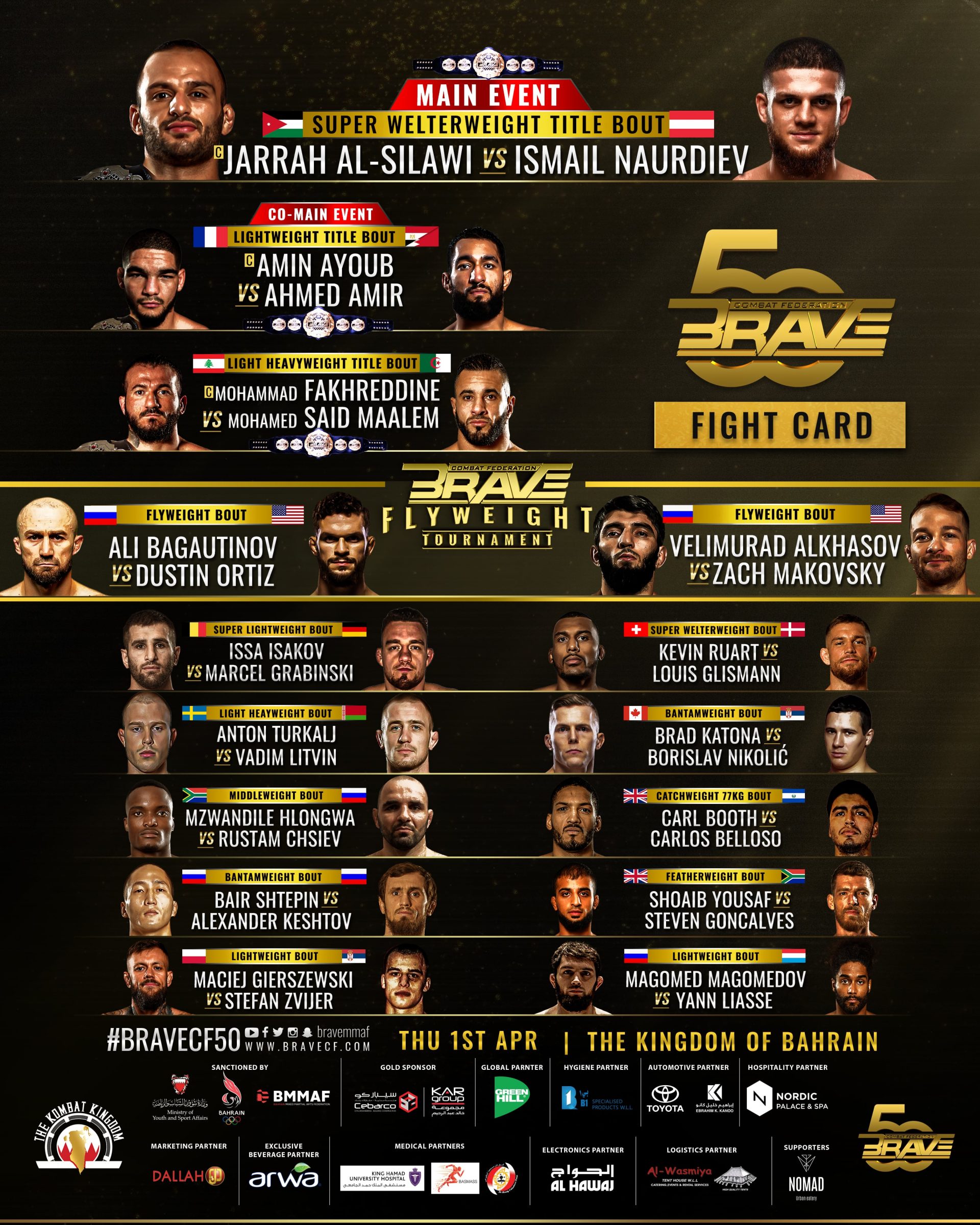 The truly global MMA promotion will do so in a little more than four years of operations, time in which the organization not only promoted multiple events but visited a record of 21 different countries, something unparalleled in the industry.

To celebrate the half-centennial mark, BRAVE Combat Federation will put together its biggest card to date, and the promotion’s officials have finally revealed the full program for the April 1st fight night in Kombat Kingdom.

The main event of the evening will see the best fighter in Arab MMA history, Jarrah Al-Silawi, defending his Super Welterweight title. The Jordanian Lion will take on the dangerous Ismail Naurdiev in a five-round world championship bout.

The co-main event of the evening will mark the first title defense of the newly crowned Lightweight world champion Amin “Fierceness” Ayoub. The French-Algerian powerhouse will put his title on the line against Egypt-Bahraini star Ahmed “The Butcher Amir”.

In addition to the three title fights, the main card will also feature two bouts from the prestigious BRAVE CF Flyweight World Title Tournament: a quarter-final bout between Ali Bagautinov and Dustin Ortiz, and a semifinal contest between Velimurad Alkhasov and Zach Makovsky, in their second explosive encounter inside the BRAVE CF Arena.

From top to bottom, this 15-fight, MMA extravaganza card is filled with the greatest Mixed Martial Artists from all over the world, not only representing their nations but celebrating the landmark 50th BRAVE CF event.