It's common knowledge that eyes are the...
CultureInside BahrainHistorical participation for Bahrain in the Olympic Games 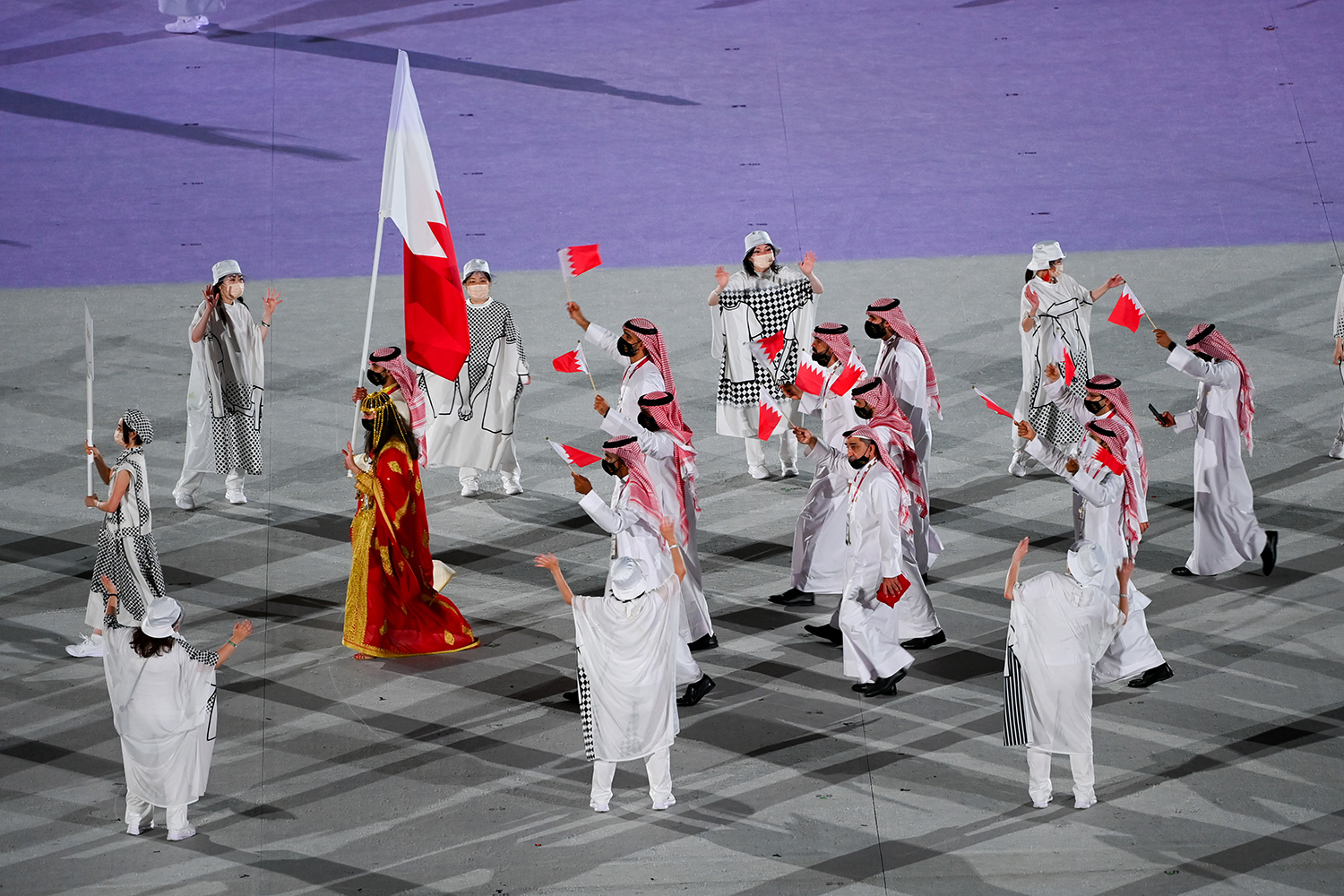 The Tokyo Olympics were opened on Friday a year behind schedule by Japan’s Emperor Naruhito and tennis star Naomi Osaka lit the cauldron in the culmination of a low-key ceremony in an all but empty stadium against the backdrop of the coronavirus.

The emperor and other dignitaries wore face masks just as the athletes and most others involved in the three-and-a-half hour show likely watched by billions around the world on television.

A minute’s silence was observed for the victims of the pandemic which had forced the first-ever postponement of an Olympics, by one year.

Only just under 1,000 people were admitted to the 68,000-seat National Stadium, with foreign dignitaries including American First Lady Jill Biden and French president Emmanuel Macron.

The Tokyo 2020 emblem was shown in the stadium, and above it in the sky by 1,824 drones; and artists from all continents performed the famous Imagine song from John Lennon and his Japanese wife Yoko Ono; and there was also a hommage to the pictograms which were invented for the first Tokyo Games in 1964.

On this occasion, His Highness Sheikh Khalid bin Hamad Al Khalifa, First Deputy Chairman of the Supreme Council for Youth and Sports, Chairman of the General Sports Authority and Chairman of the Bahrain Olympic Committee, praised the successful opening of the Tokyo Olympics, which will be held from July 23 to August 8

His Highness praised the distinguished efforts made by the Empire of Japan to host and organize this global sporting event, in light of the repercussions of the Corona Covid 19 pandemic, which caused the postponement of the Tokyo Olympics from last year until this year.

Men’s national handball team skipper Hussain Al Sayyad led the Bahraini delegation as the flag-bearer in the Parade of Nations, joined by several Olympians of Bahrain.

The Kingdom is participating in five sports at the Tokyo Games, including handball, athletics, swimming, shooting and boxing.