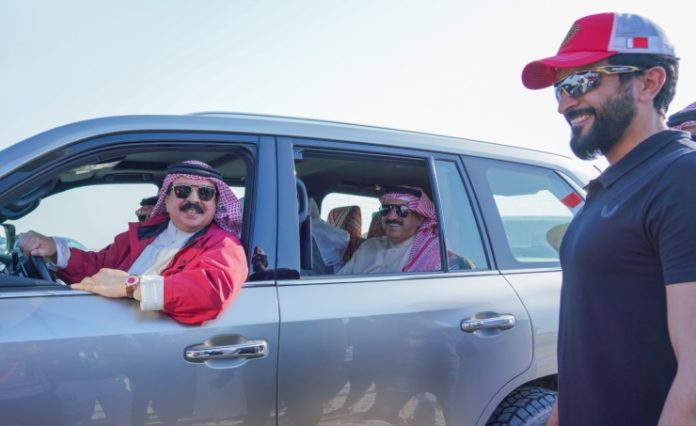 A 120-kilometer race for local private stables was held as well at the Bahrain International Village.

HH Shaikh Nasser bin Hamad briefed HM the King about stages of the race, number of participants and BREEF-led preparations for the competition.

He commended BREEF Chairman and board members, lauding riders for their achievements which enhanced Bahrain’s standing in international competitions and races, putting the Kingdom on the MRSP of endurance sport. He also praised the participation of GCC jockeys which reflects Gulf fraternal ties.

HM the King reiterated support to the endurance sport to honour Bahrain in regional and international championships, thanking all the companies, enterprises and banks that sponsored the event.