Whether you’re a landlord or a tenant,...
In focusSpotlightHM King meets with Abu Dhabi Crown Prince 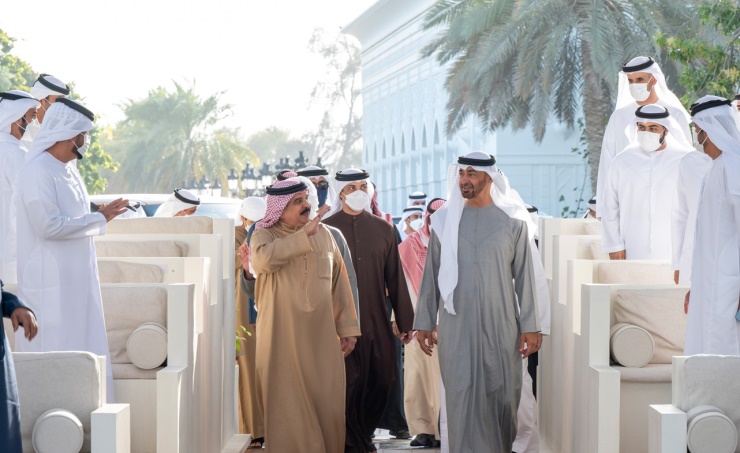 HM the King and HH Shaikh Mohammed bin Zayed Al Nahyan held a meeting in the presence of senior officials from the two brotherly countries. They discussed the heinous attacks carried out by the terrorist Houthi militias on civilian areas and facilities in the UAE, targeting the life of innocent people.

HH Shaikh Mohammed bin Zayed Al Nahyan briefed HM the King on the details of this cowardly terrorist attack and the measures taken by the UAE within the framework of its right to respond to this treacherous attack which contradicts all international norms, laws and human values.

HM the King expressed the Kingdom of Bahrain’s condemnation of the treacherous terrorist attack carried out by the Houthi militias on civilian facilities in the UAE, stressing the Kingdom’s support for the UAE in facing all threats to its sovereignty, security and stability. He affirmed strong ties of brotherhood, one destiny and historical relations between both countries and peoples.

HM the King reiterated full support of the Kingdom of Bahrain to the UAE in all measures taken to deter the terrorist Houthi militias’ attacks and ensure the safety of its people. He praised the support expressed by many countries to the UAE which reflects the advanced status of the UAE in the international arena. He also commended the successful efforts of the Emirati diplomacy which resulted in the issuance of a resolution by the UN Security Council condemning unanimously the attack, affirming the UAE’s legal right to defend its sovereignty and maintain its security, stability and interests and considering the attack a gave escalation threatening peace and security in the region.

For his part, HH Shaikh Mohammed bin Zayed Al Nahyan expressed thanks and appreciation to HM the King for Bahrain’s supportive stances to the UAE. He lauded HM the King’s fraternal sentiments towards the UAE and its people which assert brotherly ties binding both countries and peoples. He wished the Kingdom of Bahrain and its people more development and prosperity under the leadership of HM the King.