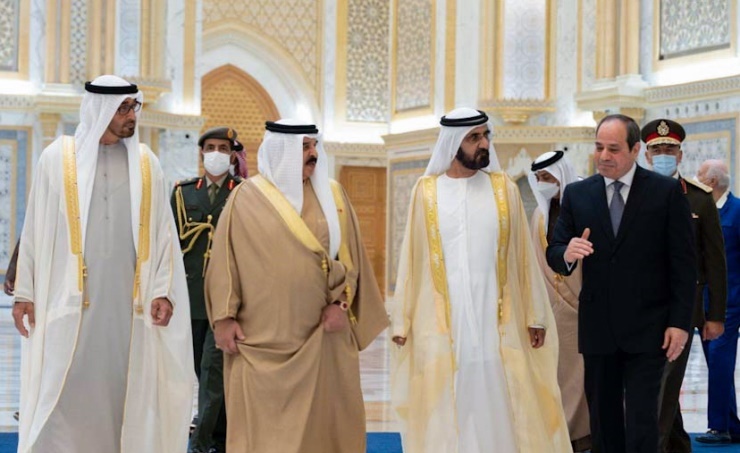 Discussions focused on cooperation and coordinating stances regarding issues of common concern. Regional and international developments and common challenges facing the Arab region were also spotlighted.

During their meeting at Qaṣr Al-Waṭan in Abu Dhabi, the leaders discussed the terrorist attacks carried out by the Houthi militias on civilian places and facilities in the UAE and their launch of two ballistic missiles towards the country. They described the attacks as a dangerous threat to regional security and stability, affirming that those hostile practices are in breach of all international laws and conventions and pose a threat to international peace and security.

The leaders called on the international community to take a unified and decisive stance towards those militias and other terrorist forces and their supporters.

HM the King and the Egyptian President voiced their countries’ solidarity with the UAE and support to all steps taken to preserve its security and territorial safety.

The leaders asserted at the end of the meeting the importance of continuous coordination and consultation between the three countries regarding issues of common interest.