It is interesting to note how food...
CultureInside BahrainHM King praises citizens’ role in national development 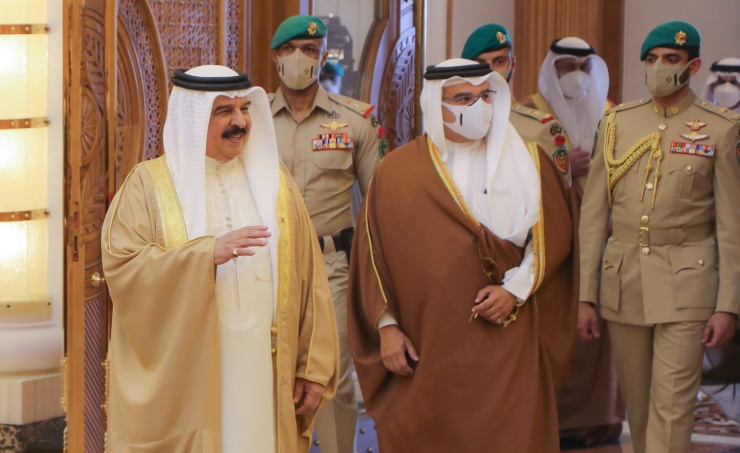 They greeted HM the King and expressed thanks and gratitude for the royal care accorded to the Capital Governorate as well as his keenness on citizens’ interests, praying to Allah the Almighty to protect HM the King and bless the nation with further progress and prosperity under his wise leadership.

HM the King stressed the importance of such meetings to reach out to citizens, adding that such gatherings stem from Bahrainis’ traditions and morals passed down the generations.

He reiterated his keenness on bolstering national solidarity, praising the people of Bahrain for their long-standing generosity and kindness.

He lauded the role of men and women in the Capital Governorate for their contribution, throughout history, to Bahrain’s development and progress across all fields.

HM the King commended citizens for their honourable national stances and dedication in serving their country and enhancing its standing at all arenas.

He stressed Bahrain’s success throughout its history, in overcoming major challenges, adding that the near future requires economy recovery from the COVID-19 pandemic which hit the world.

Poet Hadi Al Helwaji recited a poem before HM the King on this occasion. HM the King thanked him, highlighting the poems he recites at all national occasions.

He said that Bahrain has always been, throughout its long history, proud of its poets and writers who enriched cultural life in Bahrain and the region.