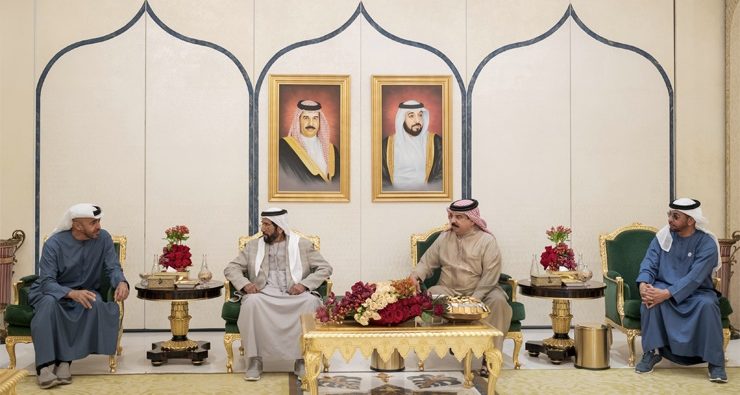 HM the King exchanged cordial talks with the Abu Dhabi’s senior officials, and stressed the depth of the long-standing fraternal Bahrain-UAE relations, wishing relations between the two countries further progress, under their wise leaderships.

HM the King requested them to convey his greetings and wishes of continued good health and happiness to the UAE President, His Highness Shaikh Khalifa bin Zayed Al-Nahyan.

HM King Hamad expressed pride in the depth of relations between the two brotherly countries and peoples, noting that they share bonds of kinship, fraternity, common destiny and joint cooperation at all levels.