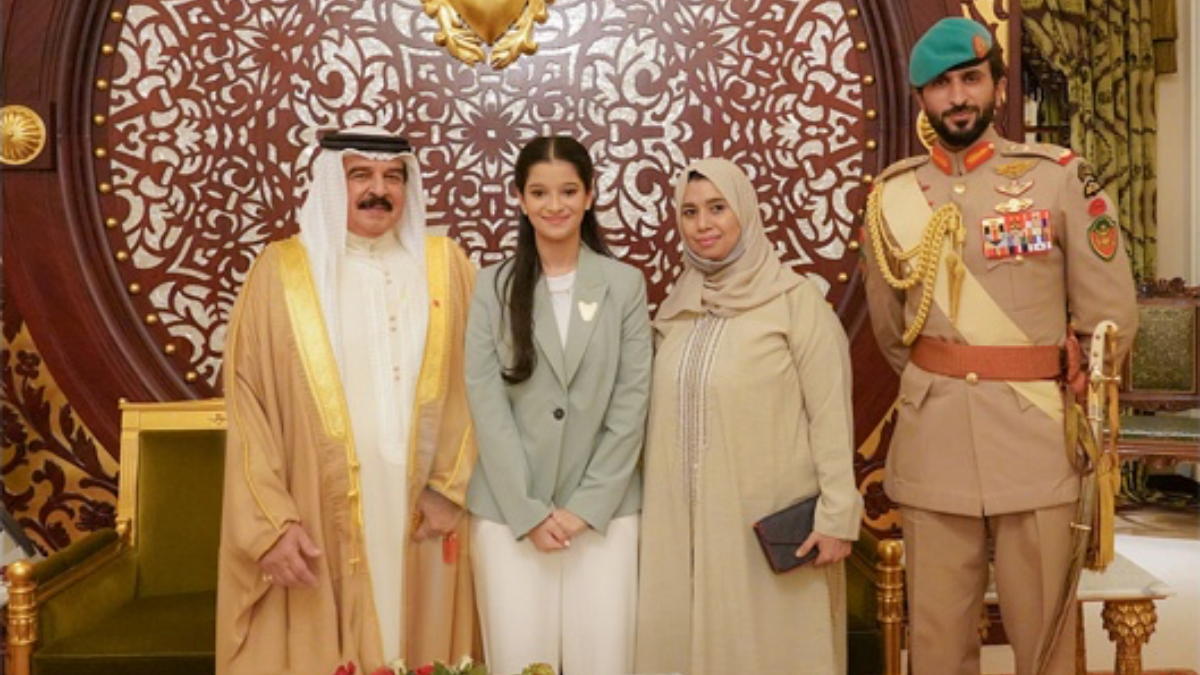 HM the King congratulated the student on the honourable achievement which represents a source of pride for all Bahrainis, reflecting the Kingdom’s standing and its citizens competence to assume leading positions and honour their country in different Arab and world arenas, institutions and agencies.

HM the King praised student Ritaj’s talent, ambitions and capabilities which qualified her to win this position, wishing her success.

He expressed pride in the Kingdom’s youth, and his support and encouragement for young national competencies, which contribute to achieving their aspirations and capabilities to serve the nation and enhance its development and standing among the advanced countries and peoples.

Accompanied by her mother Khulood Shuweitar, Ritaj Al Abbassi expressed deepest thanks and gratitude to HM the King on the congratulations, hailing his support to Bahrainis, which motivates them to achieve and honour their country in all arenas.