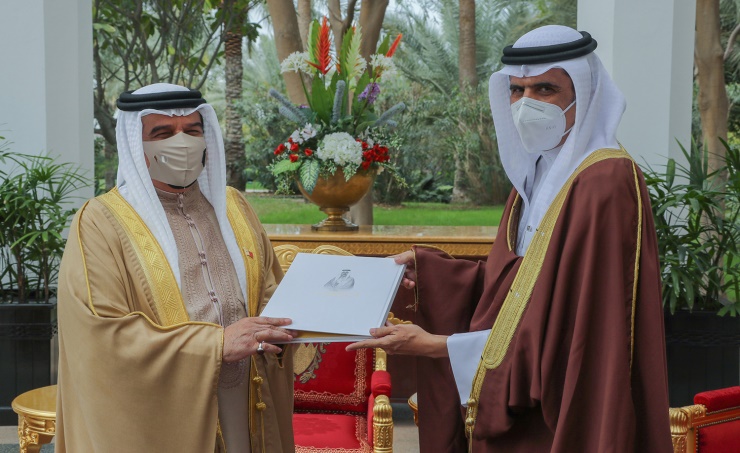 HM King Hamad expressed appreciation of the book and praised the important information that reflects Bahrain’s development in various areas.

HM the King commended the efforts made by the authors of the book that constitutes a reference chronicling the national endeavors to achieve growth and prosperity for the Kingdom and its citizens.

Al Romaihi said the book is a reflection of HM the King’s ideas in documenting national achievements, and expressed his thanks and gratitude to His Majesty for his constant support and continuous guidance to develop the performance of the Ministry of Information in a way that enhances the Kingdom’s comprehensive national development.

The minister pointed out that the book is the result of more than one year of research, analysis and comparison between Bahrain and several countries based on international sources.