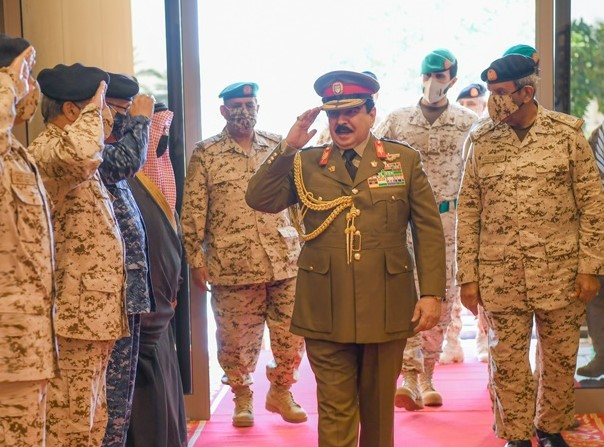 HM the King got informed about plans and future programmes to develop the BDF units and weaponry. He paid tribute to the BDF personnel for their loyalty and dedication, thanking them for their efforts to protect the nation and its achievements.

HM affirmed Bahrain’s keenness on prevalence of peace and security across the region and the world, wishing the BDF personnel continuous success and the Kingdom of Bahrain more growth and prosperity.