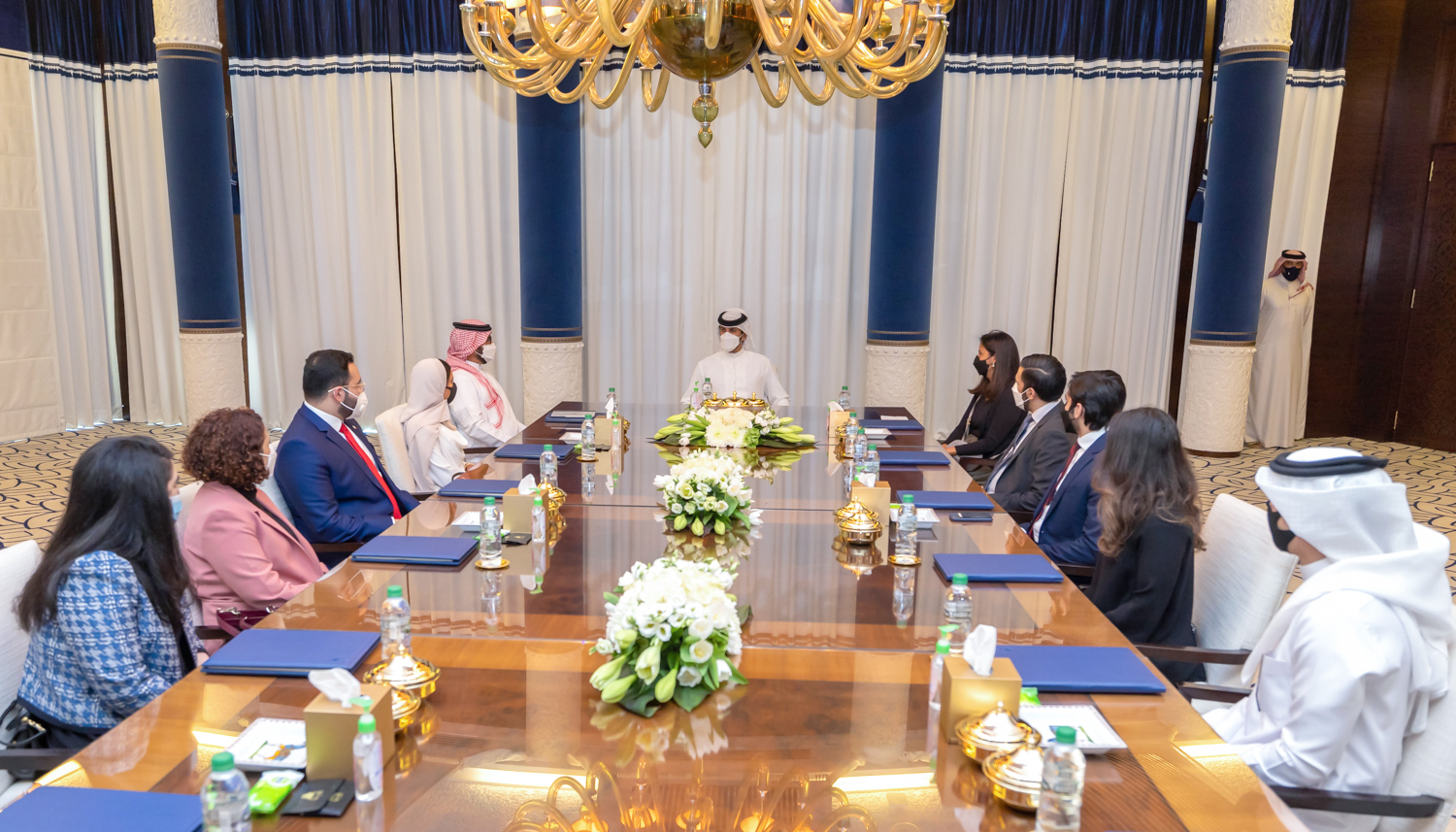 His Highness Shaikh Nasser bin Hamad Al Khalifa, Representative of HM the King for Humanitarian Works and Youth Affairs, has received at his office HE Mr Aymen bin Tawfiq Al Moayed, Minister of Youth and Sports Affairs and Chairman of the Hope Fund to support youth projects and initiatives. During the event, HE the Minister introduced to His Highness Hope Ventures team, which is the investment arm of Hope Fund.

During the meeting, HH Shaikh Nasser stressed the importance of the serious and sincere work of the various pillars of Hope Fund, with the aim of achieving the noble goals for which it was found and that are in line with the directives of His Majesty King Hamad bin Isa Al Khalifa, the King of the Kingdom of Bahrain.

His Highness further added: “Hope Ventures team includes an elite group of Bahraini youth who possess high capabilities, skills and great experience, all of which will be employed in order to reach the goals of Hope Fund. We look forward to intensifying efforts to invest in the Bahraini youth, their energies and creativity, and to adopt their projects.”

His Highness added: “We always stress the significance of scouting talents and capable national cadres to boost the youth’s ideas and skills, as well as to empower them to have a successful future and highlight their role in building the development process in the Kingdom of Bahrain.”

Moreover, HH Shaikh Nasser instructed Hope Ventures team to provide meaningful projects that are based on building knowledge and to invest in creating opportunities for young people, in order to improve young people’s potentials and develop their skills.

For his part, HE the Minister, and on behalf of Hope Ventures team, expressed utmost gratitude and appreciation to HH Shaikh for His Highness’ endless support to the team’s efforts towards creating promising opportunities for the youth in the Kingdom of Bahrain.

The team also briefed HH Shaikh Nasser during the meeting on their initiatives which will be launched in September.