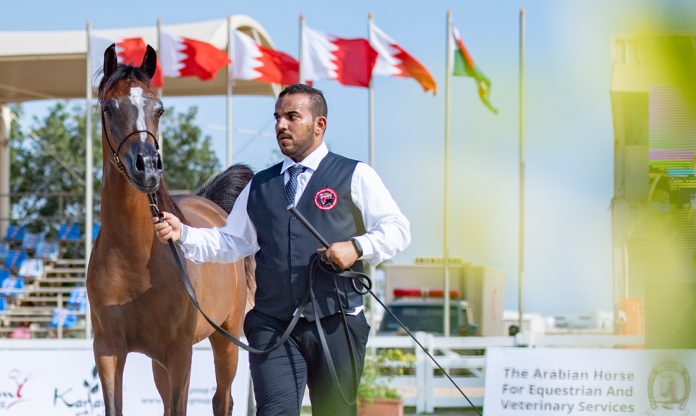 The contest featured the participation of a wide pool of horse owners and studs and witnesses strong competitions on the first day.

On this occasion, HH Shaikh Isa bin Abdullah Al Khalifa expressed utmost happiness at the broad participation witnessed on the first day, stating that he is happy to see such strong competitors taking part in the event which is clear evidence of the popularity of this prestigious event.  He also wished all participants every success.

In the two-year-old mare category (A), Aura Al Jazla of Al Ourasia studs bagged first place and Firyal Al Shehab of Ajman studs emerged as the winner in the B section. Furthermore, D Qetaf of Dubai studs came first in the three-year-old mare section.