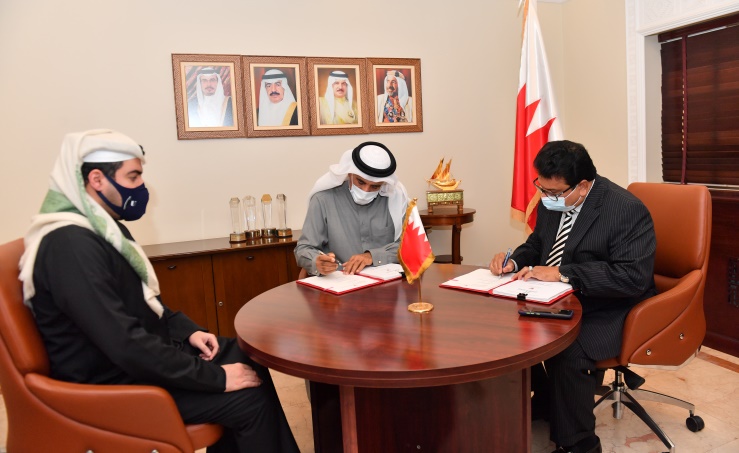 The Housing Ministry signed the first contract of the pilot phase of the Government-owned lands’ development programme, in cooperation with the private sector.

The scheme was launched by the Housing Ministry as one of the initiatives aimed at involving real estate developers and contracting companies to implement social housing projects for the citizens who meet the eligibility criteria.

Under the contract, the Al-Namal Contracting and Trading Company will build 132 housing units on a government-owned land in Al-Lawzi, including the necessary infrastructure. The units will then be sold to the kingdom’s citizens, who are on the waiting lists, by receiving one of the ministry’s financing programmes.

Commenting, the minister said that the programme is launched in cooperation with the private sector as part of efforts to achieve HM the King’s order to build 40,000 housing units, noting that the scheme is among the priorities of the government, led by His Royal Highness Prince Salman bin Hamad Al Khalifa, the Crown Prince and Prime Minister, being among the innovated solutions to provide social housing.

Al-Hamar added that the ongoing partnership with the private sector has contributed to delivering more than 7,000 housing services.

He indicated that upon the successful completion of the pilot project, similar housing projects will be implemented across other governorates, with a plan to build 15,000 units on state-owned land plots, which will provide the beneficiaries with more housing units at competitive prices.