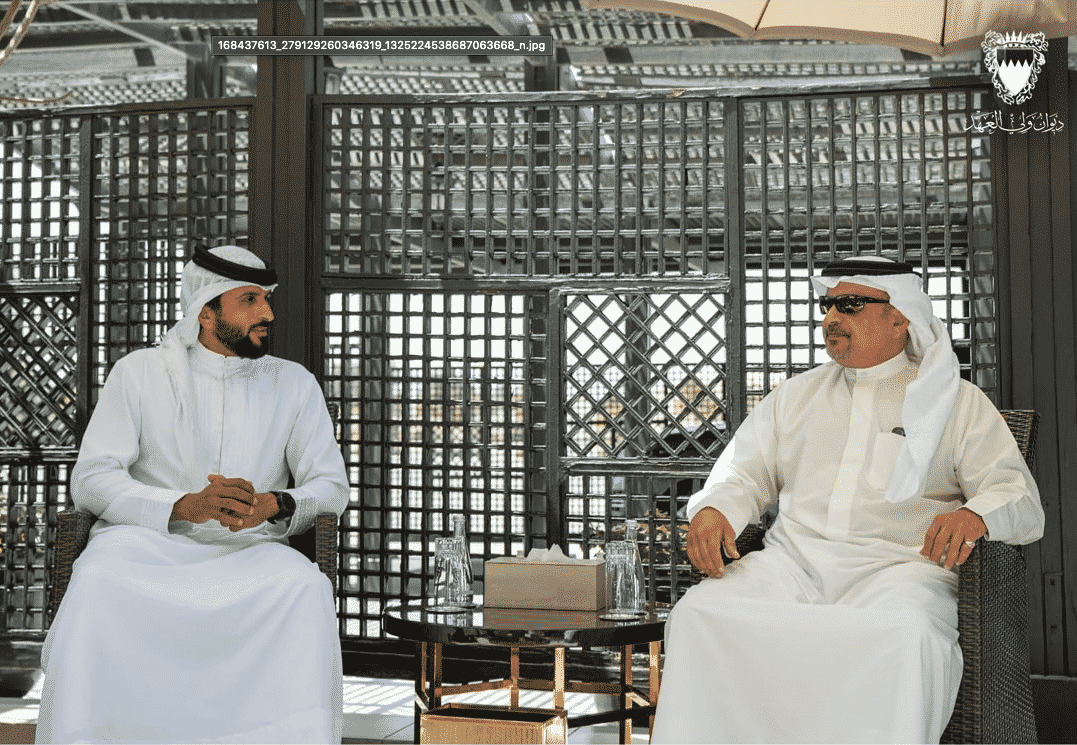 Their Highnesses extended their gratitude and appreciation for HRH the Crown Prince and Prime Minister’s unwavering support to the Kingdom’s sports and youth sector and for issuing the Sports Professionalism Law.

During the meeting, HRH the Crown Prince and Prime Minister highlighted the Kingdom’s many achievements across the sports sector and praised Bahraini athletes who have contributed to many national, regional and international sporting events.

HRH the Crown Prince noted the importance of further developing the Kingdom’s sports and youth sector and in continuing to celebrate its achievements, under the leadership of HM the King.

HRH the Crown Prince and Prime Minister commended the role and efforts of Their Highnesses Shaikh Nasser bin Hamad and Shaikh Khalid bin Hamad in strengthening the sports and youth sector, in line with the Kingdom’s objectives.

The meeting was also attended by the General Secretary of the Supreme Council for Youth and Sports, HE Shaikh Salman bin Ibrahim Al Khalifa, and the Minister of Youth and Sports Affairs, HE Ayman bin Tawfiq Al Moayad.