Whether you’re a landlord or a tenant,...
CultureInside BahrainHRH the Crown Prince and Prime Minister meets several Leaders of Ramadan Majlises 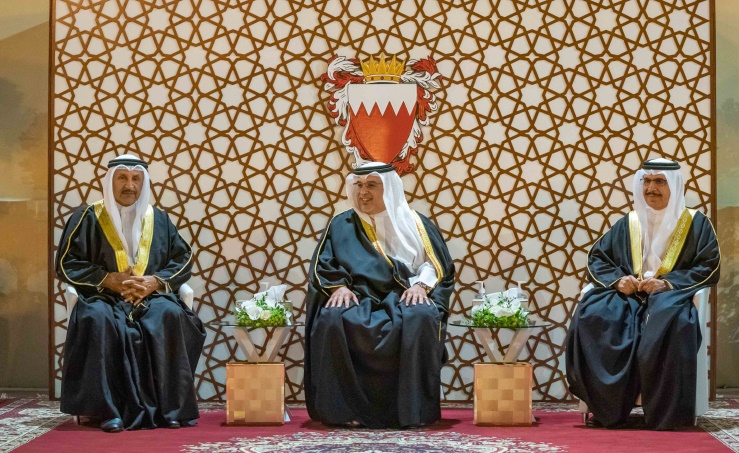 His Royal Highness Prince Salman bin Hamad Al Khalifa, the Crown Prince and Prime Minister,  met with several Heads of Ramadan Majlises within the Kingdom of Bahrain, at Riffa Palace.

His Royal Highness highlighted the importance of uniting efforts to implement the wide-ranging strategies and plans to achieve inclusive growth and prosperity for all citizens in the Kingdom.

His Royal Highness highlighted the Kingdom of Bahrain’s commitment to overcome various challenges. In this regard, HRH the Crown Prince and Prime Minister noted that following the global COVID-19 health challenge, the Kingdom will shift its focus to increasing economic growth, enhancing competitiveness and creating sustainability, as outlined in the Economic Recovery Plan.

HRH Prince Salman bin Hamad indicated that the same determination displayed to overcome the global pandemic, will allow Bahraini citizens to create new successes in the upcoming phase, under His Majesty King Hamad bin Isa Al Khalifa’s comprehensive development, which will pave a brighter future for all.

His Royal Highness exchanged congratulations with the Heads of the Majlises on the holy month of Ramadan, noting the importance of Ramadan Majlises in furthering social bonds, cohesion and integration among Bahraini families.

His Royal Highness highlighted the efforts made by Bahraini citizens in various fields, which have enabled the Kingdom of Bahrain to lead in numerous development fields.

His Royal Highness extended his gratitude to Bahraini citizens for their continuous efforts, and their commitment to the development of the Kingdom.

For their part, the Heads of the Kingdom’s Ramadan Majlises expressed their gratitude and appreciation to His Royal Highness for his continued engagement with the Kingdom’s citizens. They wished the Kingdom of Bahrain further progress and prosperity under the leadership of His Majesty King Hamad bin Isa Al Khalifa and the guidance of HRH the Crown Prince and Prime Minister.