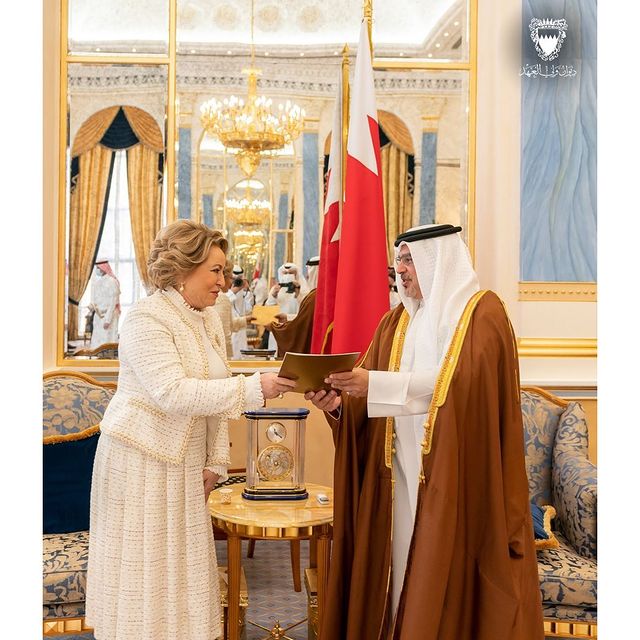 His Royal Highness Prince Salman bin Hamad Al Khalifa, the Crown Prince and Prime Minister met with the Speaker of the Federation Council of the Russian Federal Assembly, HE Valentina Matvienko, at Gudaibiya Palace.

During the meeting, His Royal Highness received a handwritten letter addressed to His Majesty King Hamad bin Isa Al Khalifa from the President of the Russian Federation, HE Vladimir Putin.

HE Valentina Matvienko conveyed the greetings of President Putin to His Majesty King Hamad bin Isa Al Khalifa and to HRH Prince Salman bin Hamad Al Khalifa, the Crown Prince and Prime Minister. In return, His Royal Highness extended his greetings to HE President Putin.

His Royal Highness highlighted the continual growth of Bahrain-Russia relations and noted the importance of furthering joint cooperation and coordination across all levels to benefit both countries and their peoples.

A number of senior officials also attended the meeting.