In harmony with the Bahraini Women's Day...
CultureInside BahrainHRH the Crown Prince and Prime Minister receives the Chairman and Managing Director of LuLu Group International 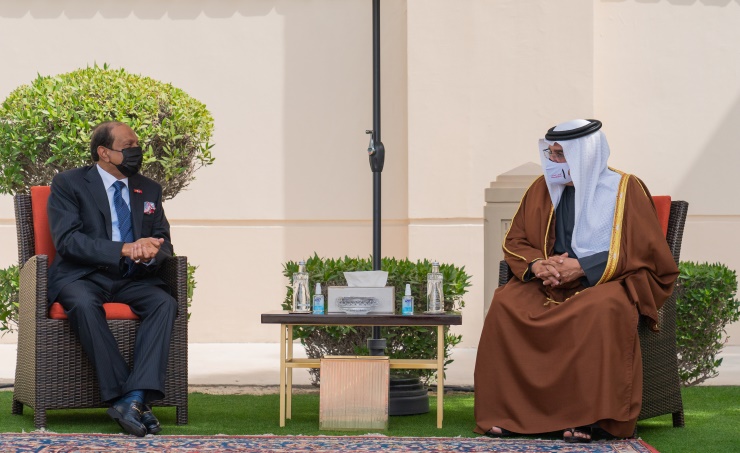 During the meeting, His Royal Highness affirmed the importance of building on existing national resources to create new growth opportunities, recognising the significant increase in contribution of the private sector, retailers and wholesalers to the Kingdom’s economy, alongside supporting ongoing COVID-19 mitigation efforts.

For his part, the Chairman and Managing Director appreciated His Royal Highness’s leadership in fostering economic growth.

The Minister of Finance and National Economy, HE Shaikh Salman bin Khalifa Al Khalifa, was also in attendance.