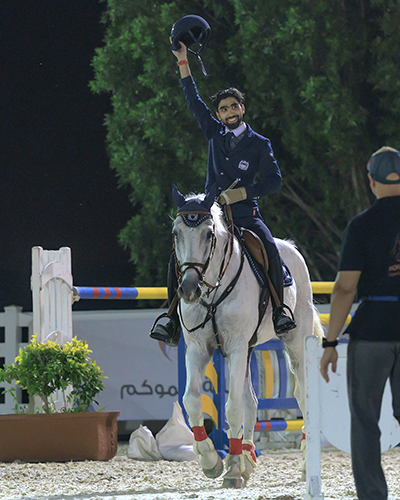 The Minister of Interior team’s athlete Hussain Dadallah was crowned as the winner of the ability hurdle competition which was held as part of the Horse Pride Showjumping Championship at Al Raffa.

Dadallah managed to jump over a 167cm hurdle in the event which featured Basel Al Dooseri of the BDF team, Mahmood Abdulqader, Mayoof Al Rumaihi of the Ministry of Interior team and veteran athlete Sami Ghazwan.

The event began with the 137cm hurdle which was overcame by all the participants until the 150cm hurdle which was passed by only Abdulqader, Dadallah and Ghazwan. Dadaallah emerged as the winner after being the only athlete to jump over the 167cm hurdle.