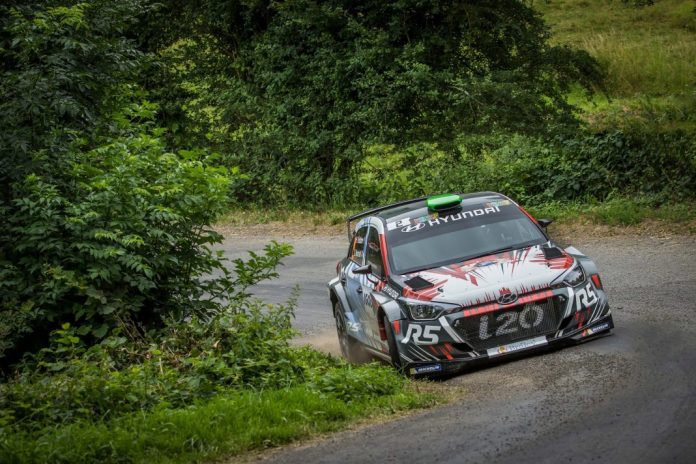 Hyundai is Searching for World Rally Championship Star of the Future

Hyundai is reaffirming its commitment to the FIA World Rally Championship (WRC) by identifying and nurturing a potential WRC star of the future, with a program that includes competitive drives during the WRC support series, WRC2, for 2018.

As part of the existing Hyundai Motorsport Driver Development Program (HMDP), the company is running an intensive selection process to identify one emerging rally driver with the talent and skill to move into the sport’s top levels.

A pool of 16 candidates has been invited to Hyundai’s rally headquarters in Germany for the first round of testing during August, and a maximum of eight will be invited to remain on for the second stage in September. The winner will represent Hyundai Motorsport on the global rally stage, participating in selected WRC2 events in 2018 in a New Generation i20 R5 car.

“We have been developing our rally activities over the past few years with our successful WRC and Customer Racing activities, and the Hyundai Motorsport Driver Development Program is a further example of our commitment to rallying,” said Hyundai Motorsport Team Principal Michel Nandan.

“We are excited to begin our search for a future WRC star. There is so much untapped talent; we want to help nurture the stars of tomorrow. We will put initial candidates through the ultimate assessment to identify the best on the market. The winning crew will be announced later in the year with a comprehensive itinerary planned for 2018.”

Candidates are already successful drivers in lower-level rally categories, and are being assessed on an all-encompassing range of criteria. These include technical understanding, English language, PR skills, and communication with mechanics and engineers, as well as their driving ability.

A group of the most well-rounded candidates, along with their respective co-drivers, will move on to the next step, with driving tests on tarmac and gravel, before a final decision is made on the winner. Hyundai Motorsport will also nominate a team to run the program on its behalf throughout 2018.

The Hyundai i20 R5 is part of Hyundai Motorsport’s Customer Racing program, building cars for private entries in a range of motorsport categories. The car is designed so that both professional and amateur drivers can compete in the full range of international, regional and national championships where R5-specification cars are eligible.

Hyundai Motorsport is currently developing its second Customer Racing project, the Hyundai i30 N TCR. Designed to comply with the TCR regulations for circuit racing, the new car will be eligible for several national and regional touring car championships worldwide.

Made for New Adventures: The all new Mercedes-Benz GLB