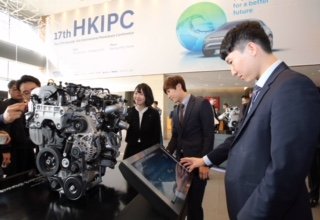 Hyundai has confirmed plans to introduce 16 new engines and six new transmissions by 2022, as part of its next-generation powertrain strategy alongside the development of alternative energy drivetrains.

The new series of powertrains, called ‘Smart Stream’, was first announced with a display engine at the Frankfurt Motor Show in September, with the carmaker combining a series of design and engineering improvements to produce a new generation of more efficient internal combustion engines.

Hyundai has now demonstrated the first four engines and two transmissions planned for production, to around 1,200 engineers and academics at its International Powertrain Conference, held in Korea in late October. In total, the strategy includes 10 petrol and six diesel engines.

The Smart Stream technology incorporates number of advanced technologies to deliver improved fuel economy and reduced exhaust emissions. Beginning with the introduction of 1.6-liter petrol and diesel Smart Stream engines, the technology will eventually be available for all Hyundai Motor Group vehicles, alongside the development of new plug-in hybrid and electric powertrains, plus the company’s next-generation Fuel Cell Electric Vehicle (FCEV).

“We will see increasing mainstream acceptance for electrified drivetrains within the next 10 years, and will they will substantially replace internal combustion in the 10 years or so after that,” said Hyundai’s Head of Operations for Africa and the Middle East, Mike Song.

“However, we will still need to build build tens-of-millions of petrol and diesel engines before they become obsolete. With Smart Stream, we are making internal combustion as efficient and as environmentally friendly as possible, which is an important part of our transition to a more sustainable future.”

Smart Stream technology optimizes the existing powertrain structure, with engine components reduced in size and weight to enhance fuel efficiency. With the advanced combustion techniques of Smart Stream engines, Hyundai aims to maximize thermal efficiency by up to 50% in the future.

Engineering improvements include the first commercial application of Continuously Variable Valve Duration (CVVD) technology. In the Smart Stream G 1.6 turbo engine, the opening and closing of the cylinder valve is timed to best respond to various driving modes, such as eco-driving or dynamic driving.

While maintaining focus on improving the efficiency of its internal combustion engines is important, Hyundai will continue to lead the industry in Fuel Cell Electric Vehicles (FCEV), by investing in the development of its next-generation hydrogen powertrain.

The next FCEV from Hyundai Motor Group will have a driving range of 800km, a maximum power output of 163PS, and the largest hydrogen storage density of any Fuel Cell vehicle on the market.

As a pioneer in the development of low-emission powertrains, the Tucson Fuel Cell, and the IONIQ Plug-in Hybrid and Electric powertrains used in the 2016 IONIQ and Sonata models, represented key advances in alternative-fuel engineering. Drawing on this extensive experience, Hyundai Motor Group will introduce 31 eco-friendly models to the global market by 2020.