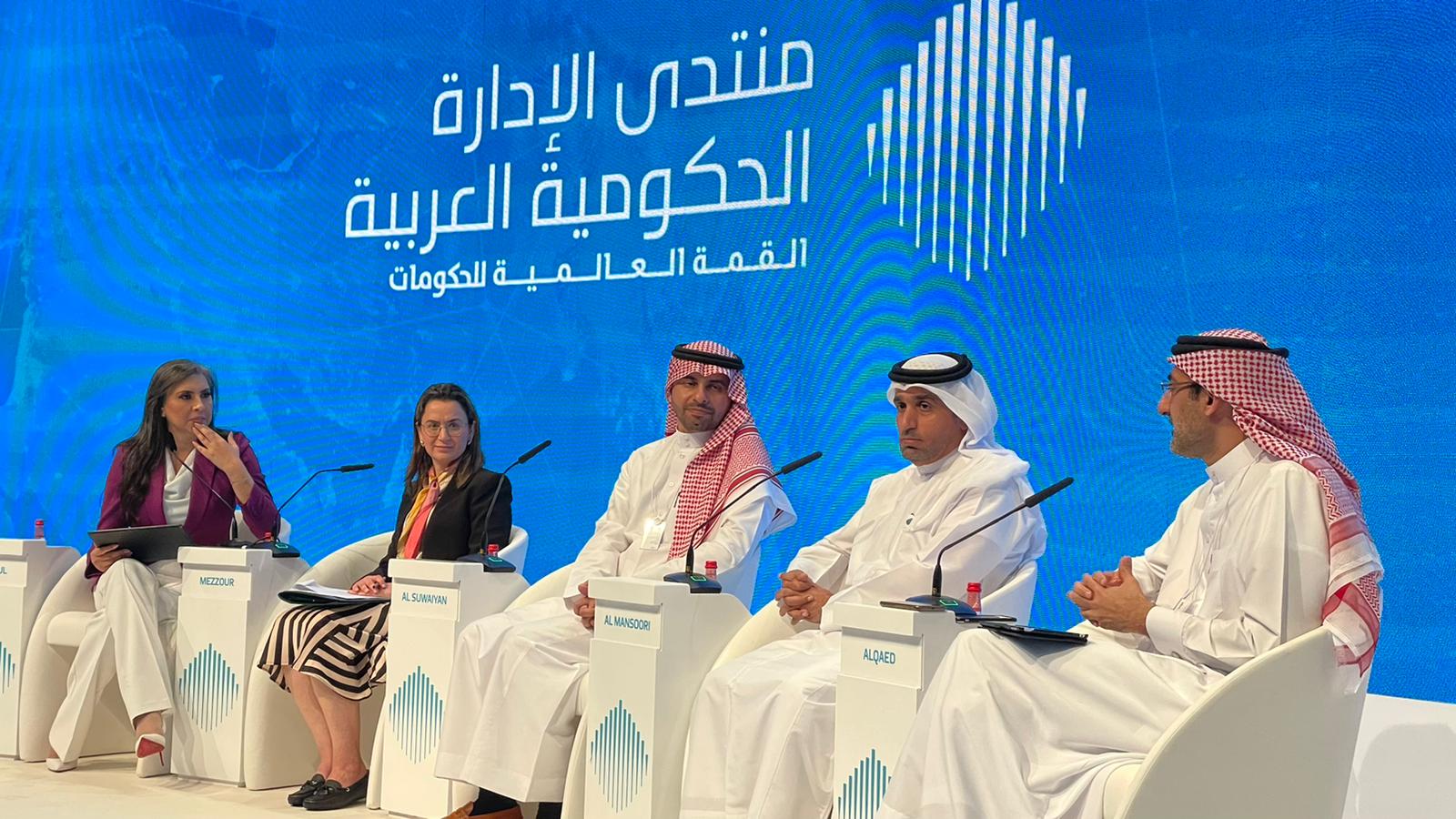 Information & eGovernment Authority Chief Executive Mohammed Ali Al Qaed participated in World Government Summit 2022, which was held under the patronage of His Highness Shaikh Mohammed bin Rashid Al Maktoum, Vice President and Prime Minister of the UAE and Ruler of Dubai, on March 29 and 30, on the sidelines of the end of Expo 2020 Dubai.

They participated in sessions and workshops on advanced infrastructure and ICT capacity and skills-building, among other topics. Al Qaed took part in an Arab Government Administration Forum, entitled ‘Are We Ready for the Digital Leap?’ during which he highlighted the many factors that contributed to Bahrain’s successful digital transformation , which benefits from a clear strategic vision, and set of policies and standards, as well as the support of the Kingdom’s senior leadership, represented by His Majesty King Hamad bin Isa Al Khalifa, and His Royal Highness the Crown Prince and Prime Minister, Prince Salman bin Hamad Al Khalifa.

The Kingdom also provides a comprehensive framework for IT governance and digital transformation through the Supreme Council for Information and Communications Technology, chaired by Deputy Prime Minister, His Highness Shaikh Mohammed bin Mubarak Al Khalifa. This contributed to the adoption of best practices and advanced digital government services policies, as well as the development of government services. The customer experience is recognized and their suggestions, inquiries and observations, directed at government agencies through various electronic channels, are implemented whenever possible.

Al Qaed highlighted some of the Kingdom’s digital transformation successes during the pandemic, including the BeAware Bahrain app which is directly linked with all concerned government systems. Artificial Intelligence and Big Data were used to analyze the information of more than 500,000 infected individuals in the Kingdom to determine prevalence rates. This data was used to support the national medical team in their decision-making process.

Al Qaed said that the Kingdom has automated judicial processes and procedures, with more than 93% of the sector being digitized. 100 percent of court session records have been converted from paper to digital. The annual settlement rates for cases have also improved. Al Qaed said that remote work and education processes that utilized Cloud computing technologies helped maintain business continuity for approximately 40,000 government employees, while ensuring education remained uninterrupted.

Al Qaed said that the Kingdom’s IT sector investments are essential for improving the quality services and helping to drive the national economy, as per the Kingdom’s development plan. Bahrain also emphasizes the importance of adopting high levels of IT governance and encouraging research and development across all fields. IT is also helping to activate partnerships between the public and private sectors, as well as improving the work of higher education institutions.

Qaed said that institutions specializing in cybersecurity governance have been established, which are represented by the National Center for Cyber​​Security. Bahrain also has a strong Personal Data Protection Law and digital policies aimed at improving IT security.

He highlighted the role of the Bahrain Open Data Portal, which provides data to investors in a range of sectors, including IT. He said that Bahrain is partnering with the private sector to invest in further developing its Cloud computing capabilities. Instead of focusing on physical infrastructure, this is freeing up resources for the Kingdom to improve skills and competencies, and optimizing the use of resources.

Creating a digital culture was among the themes discussed at the session. Al Qaed explained that Bahraini society is young and highly connected, with the percentage of internet use in Bahrain standing at 99.7% for individuals. This this thanks to the Kingdom’s longstanding investments in digital technologies, as well as its focus on training and development.