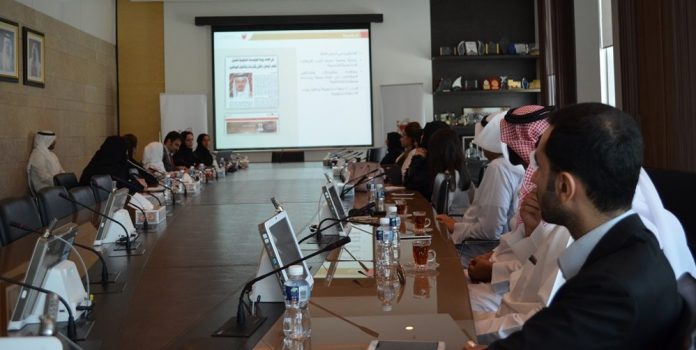 The authority launched the Tawasul system in 2014 as a unified comprehensive platform that enabled direct communication between government entities and beneficiaries of their services by receiving any suggestions, enquiries or complaints. The online communication can be accessed via the system accessible through the national portal on Bahrain.bh or the smart device application launched by HRH. The system provides additional features and further enhancements that allows the employment of mobile device technologies to support incoming cases.

In this regard, iGA Chief Executive Mr. Mohamed Ali AlQaed stated that the workshop has witnessed outstanding interaction by the participants as they were directly involved in developing the system. He added that this has allowed them to exchange their experiences and expertise. iGA’s concerned employees showcased a number of new updates, conducted on Tawasul. The presentation enables participants to handle received cases in line with best standards practiced in this regard. Authority representatives also demonstrated and introduced attendees to the features of the application so as to benefit both government entities and service users.

During the workshop, enhancements which were made on the user’s interface (User Back-End) of the public entities were addressed. Improvements such as recalculating the period of transferring the complaint from one ministry to another through the system, sending a monthly report to governmental entities about the system’s performance level together with an immediate automatic report in the event of exceeding any complaint in the time period assigned to respond were also reviewed. Enhancements also comprised the capability of changing the type of request in regards to complaints, enquiries and vise-versa.

The Tawasul system can be accessed by entering the website Bahrain.bh/tawasul or by downloading the application ‘Tawasul’ from the eGovernment Apps Store on Bahrain.bh/apps – available on both the Android and iOS platforms.