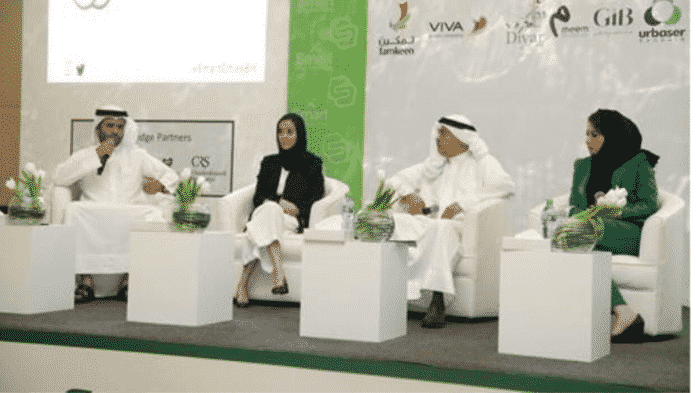 The Information & eGovernment Authority (iGA) participated in the 4th Bahrain Smart Cities Summit, held as part of Bahrain Tech Week 2019. The event was held under the patronage of Eng. Essam bin Abdullah Khalaf, Minister of Works, Municipalities Affairs & Urban Planning, on 15 and 16 September with the participation of a number of government entities and private sector companies.

iGA’s participation was a panel discussion during which Government Systems Development Director, Abdullah Habib presented an overview of the Electronic Know Your Customer (eKYC) project. The first of its kind in the Arab World, the initiative targets retail banks and other institutions providing financial services and currency exchange, allowing access to customer data available with concerned authorities electronically, in accordance with the law. The project was implemented by BENEFIT in cooperation with iGA and under the supervision of the Central Bank of Bahrain.

iGA eService and Channel Development Director, Abdulla Al Jowder presented a paper highlighting the authority initiatives in promoting the etransformation in the Kingdom and showcasing successful projects such as the government Notifications system (NotifyMe), which replaces paper notices with SMSs and emails. He also spoke about the iGA’s role in implementing other government regulations and the mobile apps, developed by a range of organizations in the Kingdom, and are offered through eGov Apps Store, providing convenience to citizens and residents.

iGA also took part at the exhibition, promoting several projects, most notably the Soil Mapping system, Benayat building permits system, and the Government Notifications System (NotifyMe), which can be accessed via eKey, which can be obtained via basic registration (username and password).