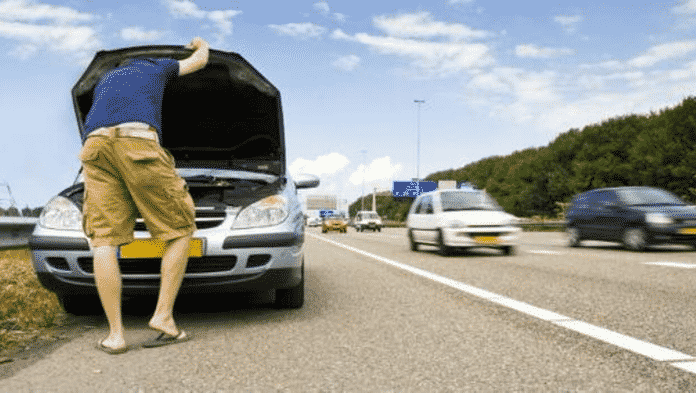 A vehicle can stall in the middle of the road for only two reasons. Either when it develops a mechanical fault or when it gets involved in an accident in such a way that it refuses to move. In either case you should try your best to remove it to the roadside so as not to obstruct the movement of traffic or cause yet another accident.

The horrendous accident in Bahrain last month in which three people, who were examining the damage caused to their vehicles in a minor accident around midnight while standing in the middle of the road and were mowed down to death, should be a lesson for careless drivers.

The necessity to remove the car and push, drag or drive it to the roadside, depending on the extent of damage it may have suffered, is all the more essential at night. The aforementioned accident occurred because after a minor scrape at midnight the parties concerned, instead of first ensuring their vehicles are driven to the roadside, decided to examine the damage and discuss and debate each other’s faults right in the middle of the road and a third vehicle speeding by hit three people fatally.

One conjectures that in their hurry to find out who was to blame neither of the drivers bothered to switch on the hazard lights which is the first precaution any driver must take if he decides to even stop in the middle of the road, accident or no accident.

In case a vehicle stalls the thing to do is to push it with the help of your co-passenger or a good samaritan to the roadside. In case there is a minor accident it should be easy to drive the vehicle to the roadside anyway.

It is only when there is a major accident that one is helpless. But one could start with basic precautions such as switching the hazard lights on, phoning a towing service provider or Traffic Police for assistance, and generally be on guard that no passing vehicle hits you.

Occasionally careless drivers, happily driving along, suddenly become curious when they notice a vehicle involved in an accident and the ‘sight’ so fascinates them that while they are cruising along at a leisurely or slow pace, their eyes are not on the road but on the accident scenario. Which not infrequently results in yet another accident.

One must be on guard about such drivers as well and to the best of one’s ability try to hurry them on.

In keeping with food security amidst the global outbreak of the Coronavirus COVID-19, Lulu Hypermarket has airlifted a special food consignment on a chartered...
Inside Bahrain

Huawei offers users an extended warranty on a range of products. This as a precautionary measure based on recent public health and prevention considerations....
Yoga

Out of the six ‘rasas’ or tastes as defined in Ayurveda, the Indian science of healing, ‘Katu,’ rasa is pungent taste or very spicy...
Entrepreneurial Journey

Many years ago I unfortunately had the habit of smoking. Actually I was not a chain smoker, but would enjoy five or six cigarettes...
© GO ALIVE MEDIA
MORE STORIES