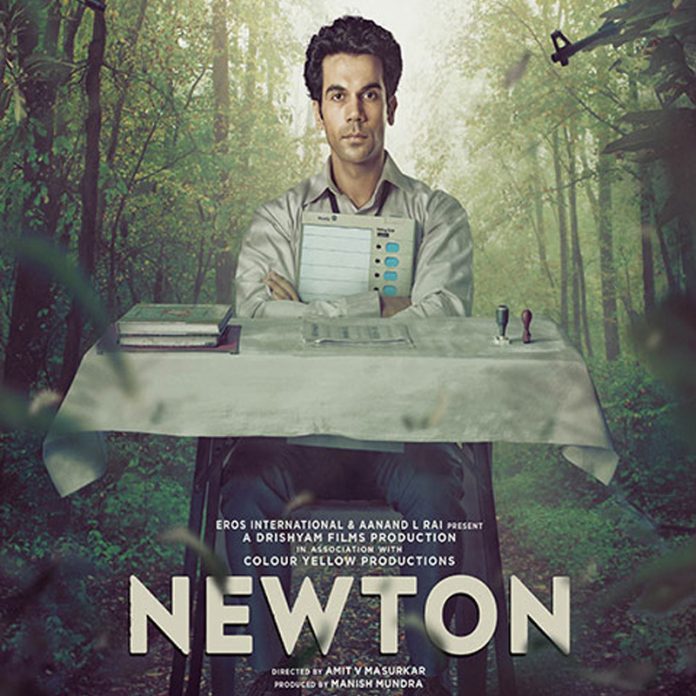 ‘Newton’, the second feature from Indian filmmaker Amit V. Masurkar, promises to have audiences both laughing and engrossed with its charming take on a political satire. The film centres around Newton Kumar (Rajkummar Rao), a rookie government clerk sent on election duty to the conflict-ridden jungles of Chhattisgarth, India against formidable odds – including guerrilla attacks, apathetic security forces and the visit of a foreign reporter. Despite the circumstances, Newton tries his best to conduct a fair voting process in the region.

In an incredible and endearing performance that has commanded standing ovations at screenings around the world, Rajkummar Rao embodies the role of Newton with innocence and intelligence. Rounding out the cast is Anjali Patil and the show-stealing Pankaj Tripathi.

Exclusive in the UAE to DIFF365@VOX the Hindi political comedy (with English subtitles) has received glowing reviews and impressive praise since its world premiere at the Berlin Film Festival where it won the CICAE Award, and with subsequent nominations and wins on the global festival circuit including Tribeca, Hong Kong and Edinburgh. In December, ‘Newton’ won Best Actor and Best Screenplay awards at the Asia Pacific Screen Awards in December, along with Best Actor and Best Film awards at India’s peer-reviewed Star Screen Awards.