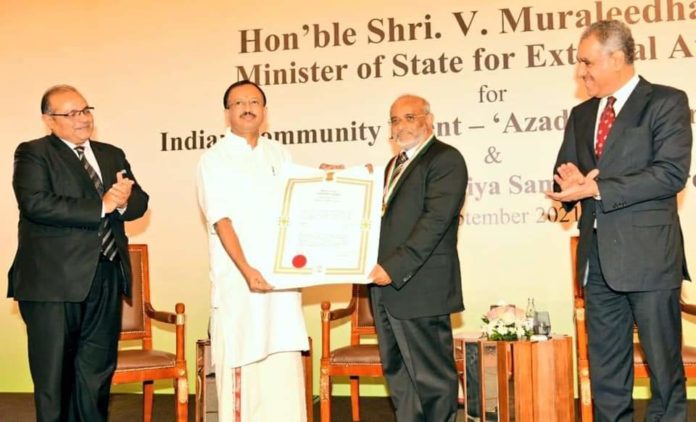 The Minister of State for External Affairs of the Republic of India, V. Muraleedharan, and his accompanying delegation arrived on an official visit to the Kingdom of Bahrain. During the community event held in The Gulf Hotel Bahrain Convention & Spa , Hon’ble Minister V Muraleedharan felicitated Mr. K. G. Baburajan with the Pravasi Bharatiya Samman Award 2021.

Mr. K. G. Baburajan, a prominent businessman and philanthropist based in Bahrain was conferred the Pravasi Bharatiya Samman award in January 2021 in recognition of his achievements in the field of Community Service.