It is interesting to note how food...
Sports This WeekIndia’s Best Olympics medal haul for its 75th Independence Day 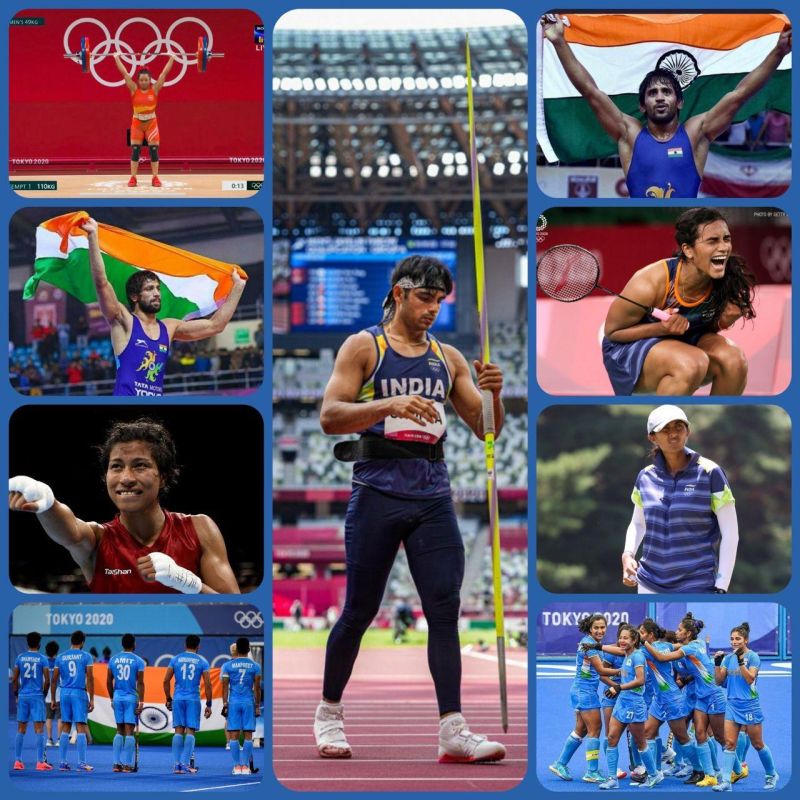 India has achieved its best medal haul yet this year at the Tokyo 2020 Olympics. A total of seven medals was won compared to the previous record of 6 at the London 2012 Olympics. From Neeraj Chopra’s historic javelin throw to Mirabai Chanu’s combined lift of 202 kg, India’s flag was raised high and proud at athletics, weightlifting, wrestling, badminton, boxing, and hockey at this year’s Olympics.

Chopra’s medal is impressive as it is India’s first ever Olympic gold in athletics and the second ever individual gold medal. His stellar throw of 87.58m landed him the seat of victory.

Chanu won the silver medal in the
women’s 49kg category with a whopping combined lift of 202kg ( 87kg + 115kg). Chanu’s win is India’s second medal in the weightlifting event.

Dahiya took second place in the 57kg men’s freestyle category. He showcased skill and determination pushing a close match against the two-time world champion Uguev. The difference in experience pushed the line against his favor, leaving Dahiya content with a silver medal finish.

Ater winning silver in Rio 2016, India’s Badminton star continued her medal streak with a bronze finish on the women’s singles event. She won against China’s He Bing Jiao in the bronze medal match.

Borgohain is the country’s third ever Olympic medal for boxing. She won bronze in the women’s welterweight category. She gave an amazing performance against the gold medal winner, Surmeneli of Turkey, but lost via unanimous decision.

After a thrilling 5-4 comeback victory against Germany, the Indian men’s
hockey team secured the win at the bronze medal match. The win gave India its
8th medal for the event and ended a 41-year medal drought for the Indian men’s hockey team.