Highlighting the importance of safety excellence across...

India’s Minister of State for External Affairs arrives in Bahrain 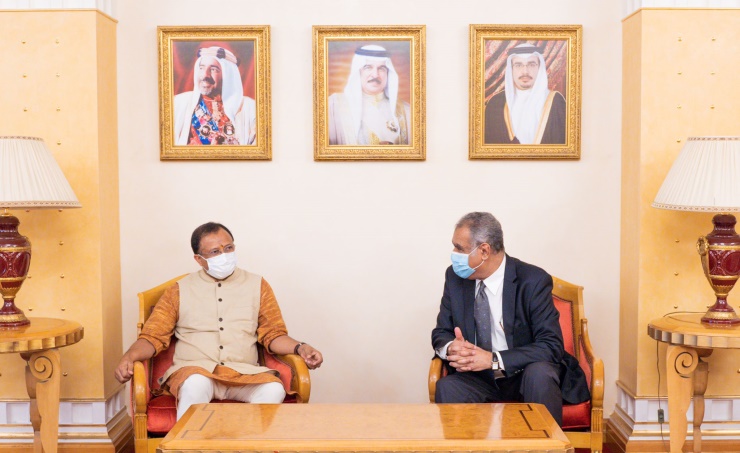 The Minister of State for External Affairs of the Republic of India, V. Muraleedharan, and his accompanying delegation has arrived on an official visit to the Kingdom of Bahrain.

He was received at the Bahrain International Airport by the Foreign Affairs Ministry’s Undersecretary for Consular and Administrative Affairs, Ambassador Tawfeeq Ahmed Al Mansoor, and the Ambassador of the Republic of India to the Kingdom of Bahrain, HE Piyush Srivastava, as well as a number of officials from the Ministry of Foreign Affairs. It is the Indian minister’s first official visit to the Kingdom of Bahrain.

A statement by the Indian Embassy has said the Minister would speak with Indian community members to mark “Azadi Ka Amrit Mahtsov”, an Indian Government initiative to commemorate 75 years of progressive India. The minister is also set to felicitate KG Baburajan, Chairman & GM of BKG Holding SPC, for the Pravasi Bharatiya Samman Award 2021 in a reception at the Gulf Hotel Bahrain.

Bahrain and India are also celebrating the golden jubilee of their diplomatic relations this year. Bahrain is home to over 350,000 Indians and enjoys a growing $1 billion bilateral trade with India.