Y.K. Almoayyed & Sons (YKA), the official and sole distributor of Infiniti vehicles in the Kingdom of Bahrain, is pleased to report the recent success and recognition of INFINITI`s VC Turbo Engine named to Wards 10 Best Engines List for 2019, the world’s first production variable compression ratio engine.

“When we debuted the VC-Turbo in the all-new QX50 earlier this year, we gave drivers an engine that is able to transform on demand, providing performance and efficiency in one package,” said Anas Abdulla, Senior Manager at INFINITI Bahrain. “Since its arrival, the QX50 has further strengthened INFINITI`s position in Bahrain, and it has become one of the most popular models.”

In the 25th year of Wards 10 Best Engines competition, the INFINITI VC-Turbo engine was tested against a range of new and significantly improved power plants from manufacturers around the world, along with Wards 10 Best winners from 2018.

“INFINITI’s VC-Turbo engine is a first for the industry, and after spending time in the 2019 QX50, there was no question this engine would be a top contender,” said Anas Abdulla,

Senior Manager at INFINITI Bahrain. “With its power-on-demand personality and improved fuel economy, the VC-Turbo offers a smooth and commanding driving experience that rivals the performance of some V6 engines. On the technology front, it’s mind-blowing what’s happening inside the engine as the piston stroke changes length in response to the driver’s throttle inputs, all at running speed.”

A breakthrough in combustion engine design, the 2.0-liter VC-Turbo engine adjusts its compression ratio to optimize power and efficiency. The VC-Turbo engine changes its compression ratio seamlessly with an advanced multi-link system, continuously raising or lowering the pistons’ reach, which provides the power and strength of a sprinter with the efficiency and endurance of a marathon runner.

In operation, the QX50’s VC-Turbo engine offers any compression ratio between 8:1 (for high performance) and 14:1 (for high efficiency). The engine delivers 268 hp at 5,600 rpm and 280 lb ft at 1,600 – 4,800 rpm. The VC-Turbo’s specific power output is higher than many competing turbocharged gasoline engines, and it comes close to the performance of some V6 gasoline engines. The unit’s single-scroll turbo ensures immediate accelerator responses on demand.

The VC-Turbo’s powerful-yet-compact footprint allows the entire cabin to move forward, revealing more interior space and making the 2019 QX50 one of few vehicles in its segment to offer sliding and reclining rear seating. The QX50 also boasts rear legroom of up to 38.7 inches and a trunk that can accommodate a stroller situated length-wise without letting down the back seats, with space for additional cargo.

Available at INFINITI Bahrain, the 2019 QX50 is the brand’s most advanced vehicle to date and embodies everything INFINITI stands for: Beautiful design, advanced technology and empowering performance features. Additionally, INFINITI’s ProPILOT Assist technologies offer support when needed and add to the enjoyment and confidence of the driver. 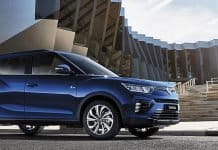 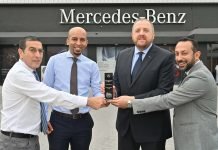 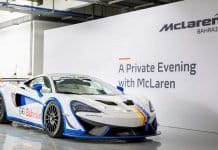 iGA urges Public to Complete Transactions via Bahrain.bh & Adjusts the...