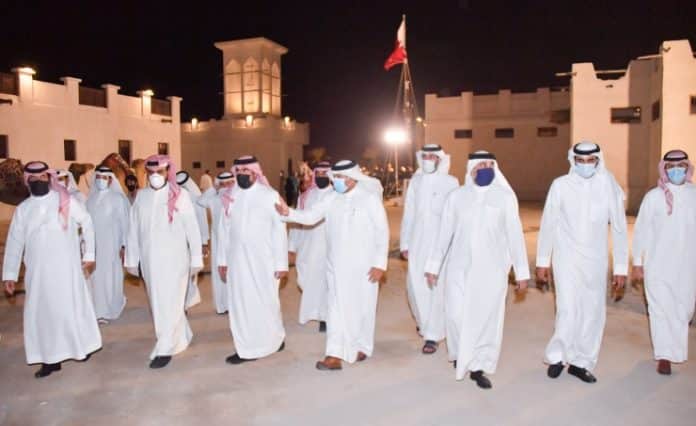 A delegation of MPs has visited the Heritage Village in Ras Hayyan.

Dr. Bahar stressed that the village represent an added value to the media and the national economy, as it is considered a site for media production and a tributary of national identity promotion.

During the visit, MPs has followed the proceedings of the 20th episode of Ramadan popular competition program ‘Al Sariya’, which is presented under the directives of His Highness Shaikh Nasser bin Hamad Al Khalifa, Representative of His Majesty the King for Humanitarian Work and Youth Affairs, National Security Advisor and Chairman of the Supreme Council for Youth and Sport.

The program is organized by Popular Heritage Sports Committee in cooperation with Information Ministry.

The undersecretary appreciated the MPs visit, praising the efforts made by the popular heritage sports committee headed by Khalifa bin Abdullah Al-Qaoud to provide all the necessary facilities for the success of the program.

The Ministry of Health has held more training sessions and workshops that targeted health workers and professionals, including doctors, nurses, support services, and other...
Read more

Netflix is letting people choose the speed at which they want to watch something on their phone or tablet with new playback controls. Netflix will...
Read more
PR This Week