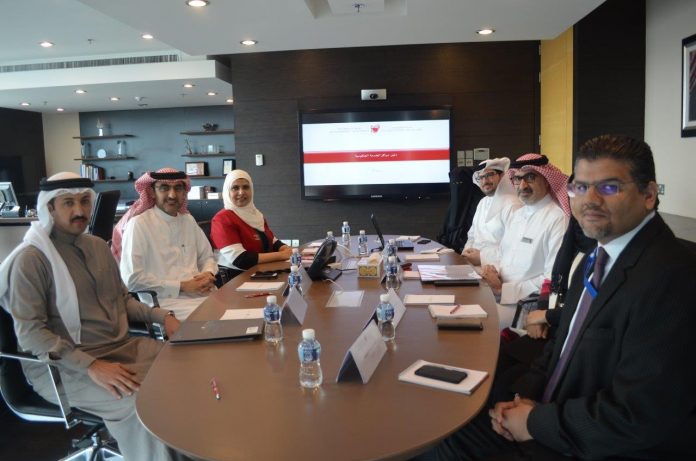 Government Service Centers Evaluation Committee Chairman Mr. Mohamed Ali AlQaed, Chief Executive of the Information & eGovernment Authority, announced the circulation of the ‘Government Service Centers Evaluation Guidelines’ to all entities following its approval by the Organizing Committee headed by HRH Prince Salman bin Hamad AlKhalifa – the Crown Prince, Deputy Supreme Commander and First Deputy Prime Minister. The Guidelines were prepared alongside requirements of the Government Action Plan to manage change, communication as well as create major transformation within the culture of the public sector. He also announced that initial evaluation will begin on 25th February for 50 centers distributed throughout the Kingdom.

This was announced during the outcomes of the Government Service Centers Evaluation Committee’s third meeting held on Sunday (18th February), with the attendance of all members of the committee.

The committee has conducted two workshops in order to introduce public entities to the evaluation mechanism. The final workshop is scheduled to take place on Monday (19th February) at the Bahrain Center for Strategic, International and Energy Studies from 9AM. The workshop is open for all entities which were unable to participate in the previous workshops.

AlQaed stressed the major importance of the evaluation process as it directly contributes to the development of public sector performance, raising customer satisfaction levels by unifying the standards of the delivered services, advancing HR and technical equipment which enhances the concepts of transparency, competitiveness and innovation. He further highlighted that the Government Service Centers Evaluation Guidelines – which has been circulated – aims at strengthening self-compliance in public entities by knowing the bases of quality in delivering the service, the importance of achieving objectives as well as improving performance. The guideline is a roadmap to reach new horizons in performing and transforming into a proactive, innovative and smart government by adopting the foundations of efficiency, effectiveness and development by utilizing the latest concepts in government work.

During the meeting, the committee discussed a set of matters and showcased the outcomes prepared by evaluation teams along with work mechanisms. The committee was keen on comprehensiveness within the evaluation process of the centers – starting from attaining easy access to the centers, being distinguished in offering the service, compatibility of center’s environment, smooth management of clients up to focusing on the effectiveness of the administrative process applied by the center including the handling of customer’s feedback.

Gulf Air, the national carrier of the Kingdom of Bahrain, has appointed Mr. Abdulrauf Meer Abdulrahim as Senior Manager Cabin Crew to manage one...
Spotlight

Building The Strong Pillars of the Kingdom’s Economy: Interview with Mr....